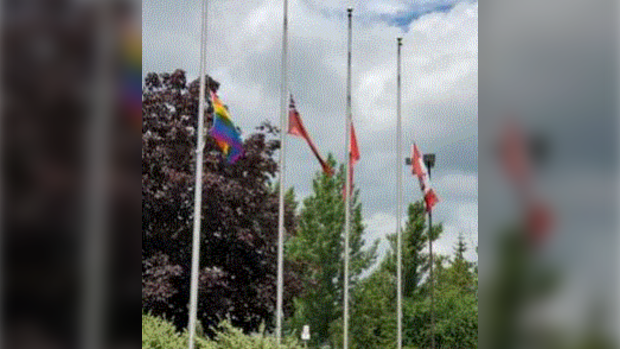 BARRIE, ONT. – The Canadian flag of Rama First Nation will not be removed but lowered and will remain so for an indefinite period in recognition of the country’s historic wrongs, including the mistreatment of Indigenous peoples.

In a statement released on Wednesday, Rama First Nation said that due to current events and recent discoveries of “continued bodies and sites recovered,” all of its flags would remain lowered until after Canada Day.

“We can’t predict when the Canadian flag will be hoisted. It will depend on Canada’s response as well as ongoing relations with indigenous peoples, ”the statement added.

The statement added that Rama would not withdraw the Canadian flag, “because we respect and honor our veterans, some who never returned home, who bravely fought on behalf of this country.”

Canadians are encouraged to wear orange on Canada Day to show their support for our Indigenous community.