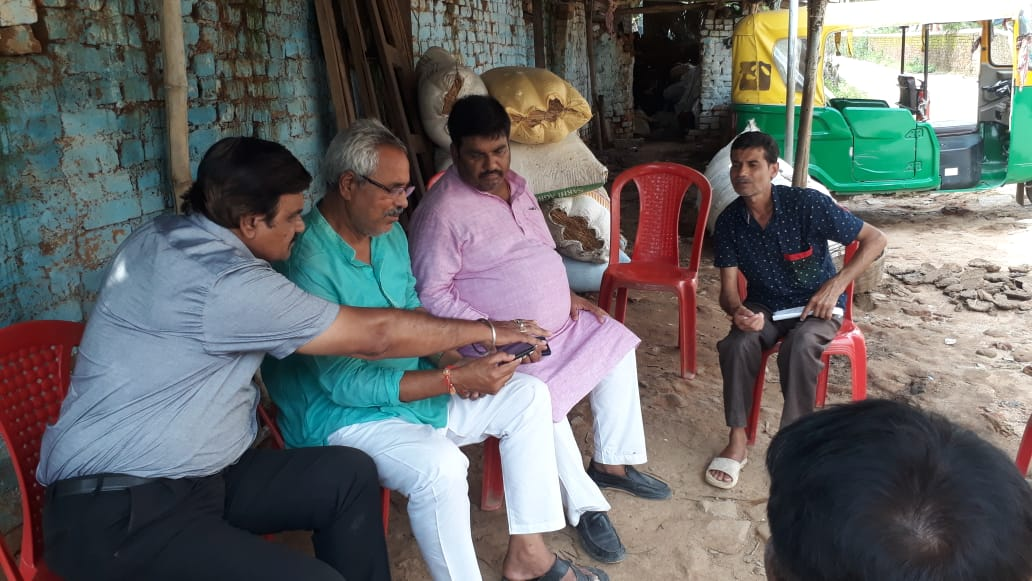 Ranchi, August 19: A delegation from the Jharkhand chapter of Maithili Bhasha Sangharsh Samiti today gave the head of the family Rs. 41,000 in cash as a show of support to the family which lost three members on the eve of Independence Day as she was attempting to raise the national flag in response to a call from the union government.

The group that visited the scene in Arsande, a neighborhood in the Kanke police station area, also promised to give the head of the family the help he needs.

Vijay Jha, the head of household and a native of Samastipur district, had previously expressed his grief to the team, saying that despite his efforts to give his three children a proper upbringing, JUVNL’s neglect had caused him to lose all of their lives. ‘a blow.

He said this incident would not have happened if his request for the removal of overhead high-voltage cables had been granted.

Jha was asked to be patient by the members of the delegation.

Several members of the society including Suman Thakur, Deepu Mishra (Late Ramakant Mishra Trust) and Devashish Mishra contributed the money that was donated to Jha.

The three deceased, including Puja Jha, Aarti Jha and Vineet Jha, all in their twenties, died of electrocution as they hoisted the flag on the roof of their house. The event happened when the three attempted to hoist the national flag using an iron rod under a high voltage wire and the iron rod came into contact with the wire.