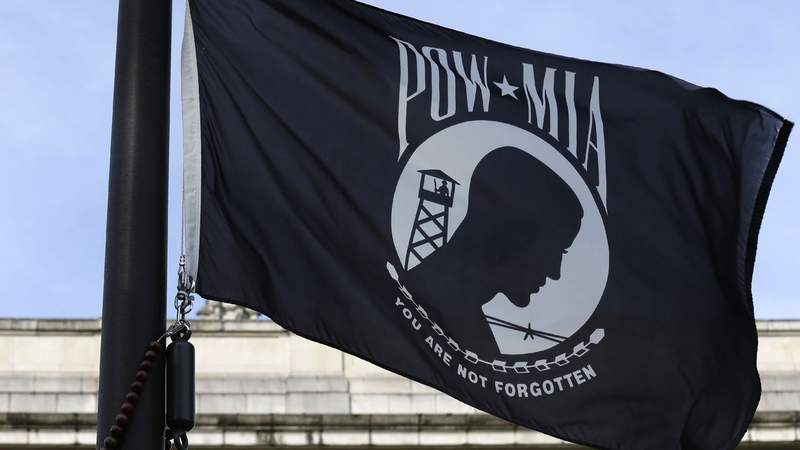 JACKSONVILLE, Florida – It has been 50 years since the POW-MIA flag was created in the Jacksonville area.

The flag flies to honor those who were prisoners of war or disappeared in action.

Many gathered at Cecil Field on Saturday for a POW-MIA Appreciation Day event in honor of those who did not return from the war.

A moving sound for many, â€œTapsâ€ was played to honor those who were killed fighting for our country – or those who are still missing in action.

The ceremony took place at the POW-MIA Memorial at the former Naval Air Station Cecil Field where a new museum is being built.

Mary Hoff created the POW-MIA flag 50 years ago, and her children share her story. On Friday, which marked National Prisoner of War / MIA Appreciation Day, a section of Moody Avenue in Clay County was designated as Mary Helen Hoff Memorial Avenue in her honor.

“When our father was shot, my mother wanted to be in charge of the prisoners of war-MIA,” explained her eldest son, Mike Hoff.

â€œAt the time, women were told not to talk about things and they refused to accept POW-MIA status for their loved ones,â€ said her daughter, Susan Ogawa.

The Hoff family said after 50 years, they were unable to bring her father’s body back from Laos to be buried on American soil. She will therefore not stop raising awareness and honoring those who are missing.

â€œEvery time they bring someone home it continues to give us hope,â€ Ogawa said.