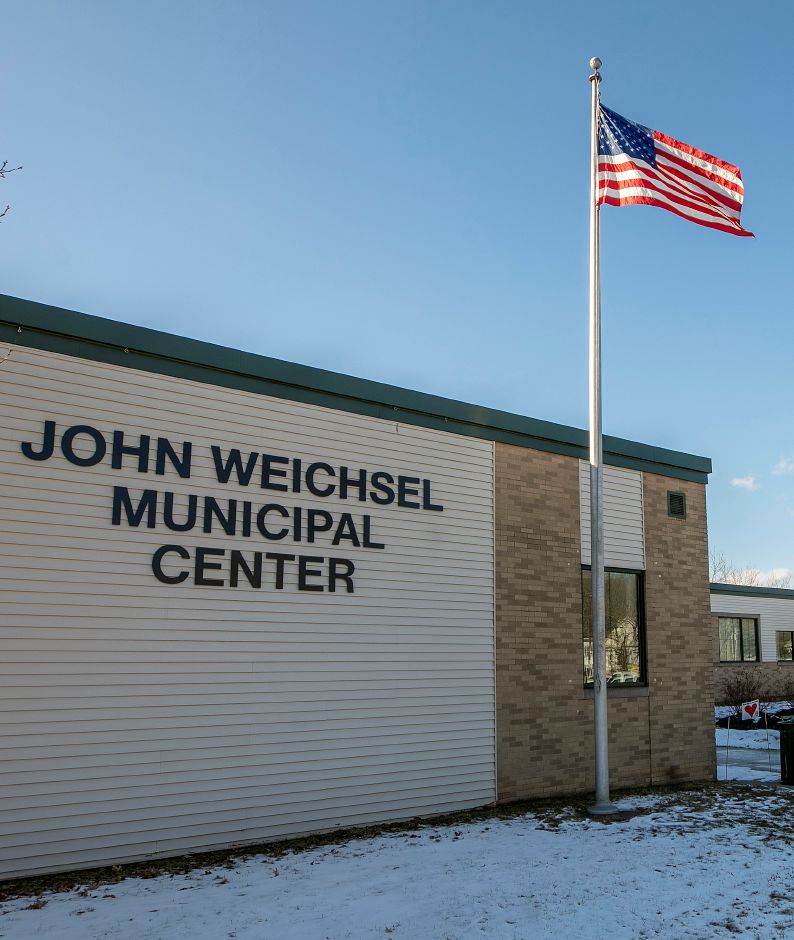 SOUTHINGTON — A proposal that would restrict all but government and military flags on city property drove out dozens of residents at a city council hearing on Monday night.

Republican City Council members who proposed the ordinance said it would avoid lengthy debates at town meetings over which flags are and are not acceptable to fly in front of City Hall or the John Weichsel Civic Center.

Opponents, including members of Southington Pride who showed up with rainbow flags and balloons on Monday, said flying their flag was a way to show support for non-heterosexual residents. Southington Pride held a rainbow flag-raising ceremony at the Civic Center last summer for the city’s first Pride celebration. Group leaders have requested a similar flag raising this year.

Republican leaders said they have also received requests to fly flags from other nations as well as a Second Amendment flag. The city’s ordinance review committee recommended flag rules that would prohibit all but United States, state, city, and POW/MIA flags from being flown on public buildings. There were also exceptions made for school flags, since the city owns school buildings, and flags of branches of the military.

The council had not voted on the flag ordinance issue as of press time Monday night.

Mitchell Oliva, president of Southington Pride, said flying the rainbow flag sends an important message to young people who may be bullied for their sexuality. He urged council to reject the order.

City resident Caitlyn Gelfand said she is the mother of a five-year-old boy who likes to wear dresses, paint rainbows and use sequins. She supported the pride flag flying and was ‘baffled’ that the council would oppose something that would support children like her son.

“If that’s something we can do for them…why would any of you object to that?” Gelfand said.

Proponents of the ordinance said the city’s perceived support for the causes behind the flags displayed on municipal buildings was a reason to limit flag display.

Michael Kryzanski said the city government should not weigh in on social issues and that any decision on the flags was likely to cause division rather than unity.

“Someone will always be wronged by a decision,” he said. “Who should decide which flags are more important than others?”

Melissa Hallgren also said the selection and choice of flags to be flown would cause further divisions in the city. She said it would be more meaningful for those with troubled youth to ask their neighbors to join them in putting up flags in their own yards, which Hallgren said she would be willing to do.

“If you’re passionate, put it in your garden,” she said.