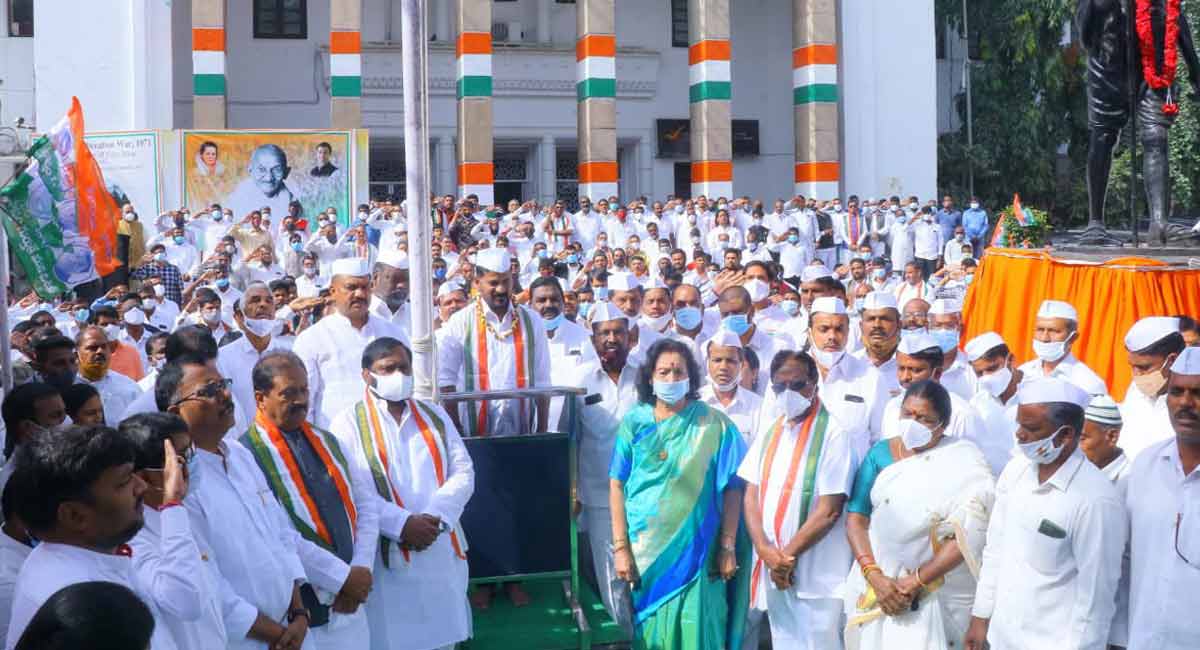 Revanth said, “Our Constitution is an ideal for the nations of the world. The Congress Party has implemented many development and social welfare programs for the people and carried the people forward. Congressional governments have given the people a variety of rights and a secure life. Emphasizing that Congress is not just a party born for power, the Congress leader said the party started working for the country’s independence some 138 years ago. “BJP says they will make Congress Mukht Bharat. It is not possible for them to take the people away from the Congress which has brought liberty and liberties to the people. The head of the State Congress said: “The country is ruled by dictators. The Center governs without enforcing the rights of the people. KCR runs the state like a feudal lord. The Congress leader said, “The number of Congressmen in the state has already exceeded 17 lakhs. The 30 lakh target was exceeded by 40 lakh. The ranks of Congress should mobilize young people for the people. “When Congress comes to power, the people of the state will get development and rights,” he said.

This year’s celebrations are special as Republic Day falls in the 75th year of independence, celebrated as ‘Azadi ka Amrit Mahotsav’ across the country.