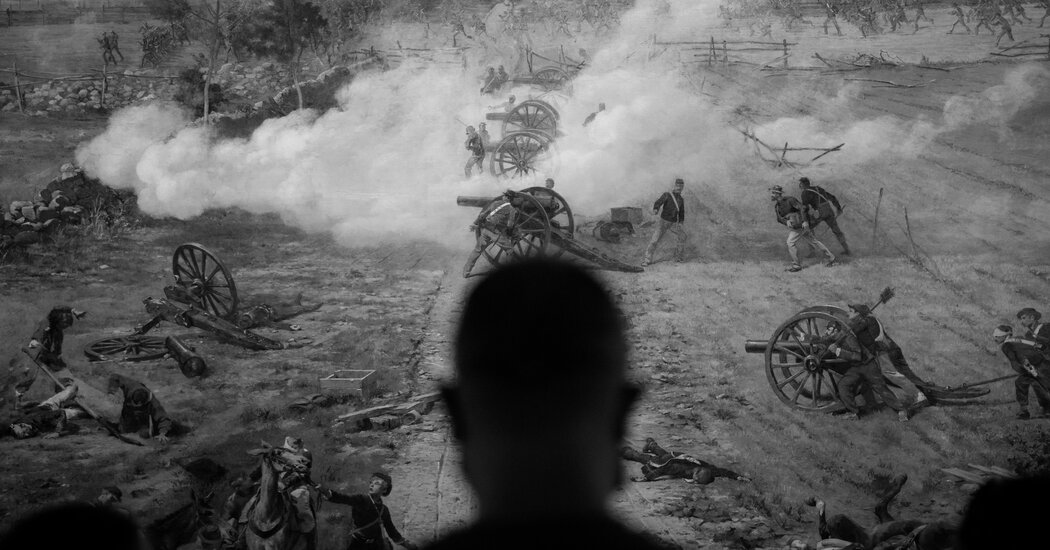 Reviews | Is the United States on the verge of a civil war?

Regarding “Let’s not invent a civil war” (column, January 13):

I agree with Ross Douthat: let’s not invent a civil war. But let’s not back down from the truth and pretend we don’t brew either.

Mr Douthat focuses on flaws in the government’s case evidence against those plotting to kidnap Michigan Governor Gretchen Whitmer in 2020. But we can’t ignore the January 6 insurgency, the coup right-wing move to control state-level elections, with Trump supporters asking, ‘When can we use our guns?’

We cannot ignore the inflammatory rhetoric from Tucker Carlson and other right-wing media stars.

As one of our sons confided to me recently, he is afraid for the future of his young children. And me too.

Ross Douthat makes a reasonable point about the precise meaning of “civil war”. However, on January 6, 2021, large numbers of seemingly “normal” Americans violently stormed the Capitol, the seat of American democracy. Since then, a shocking percentage of Americans continue to find a just cause for this event, and the vast majority of one of our two ruling political parties continues to quietly tolerate it, as does a significant portion of our media.

There is clearly a “new normal” at work here, and it is tectonic. Maybe that doesn’t meet the definition of low-level “civil war” — yet! But not to be deeply alarmed is to cling naively to the chimerical belief that it couldn’t happen here.

Wake up Ross! It absolutely could.

Regarding “Are we facing a second civil war? by Michelle Goldberg (column, January 7):

On election night in 2016, I kept shouting, “We have to be two countries! There is absolutely no common understanding that we are all Americans in the same boat. Every day, our democracy is shrinking.

I read this journal daily and end with the thought, “Why do we allow traitors to kill us all? They are in the minority! I feel like I’m on the Titanic and the passengers allow the crew to steam through the iceberg.

I want to live in a democratic country that fights for fairness and equality, that values ​​science and education, that is not afraid of reality, that sees the value of immigrants (most of whom we are or descend) and who strives to be greater. I’m not alone.

Now is the time to work for a peaceful separation before we lose a democratic America. It won’t be easy, but it’s better than living without freedom.

Is the boss a jerk? It’s not OK anymore.

Re “No more work for morons!” (Sunday Business, January 9):

Bad behavior by leaders and managers is a direct result of insecurity. The authority given to bosses frequently triggers hidden self-doubt. Power in authority often leads to a sense of privilege, and privilege progresses to entitlement. Right mixed with insecurity is a recipe for disaster.

One of the easiest ways to discern if leadership candidates are masking hidden character traits is to ask during the interview what they know about the company’s core values ​​and assess the level at which they will embody these core values ​​as leaders.

Opinion talk
What will work and life look like after the pandemic?

Today’s workforce has far more agency than at any other time in history. They call the shots. It is up to every leader to create an environment where teams of people work hard towards a common goal that makes the world a better place, and the leader works harder than anyone else in that pursuit.

An executive coach is quoted in your article as saying, “The tolerance for dealing with choppy patterns has gone down.” It’s a score for humanity for sure.

After 40 years in corporate America, I’m glad to read “the climate has changed” and the behaviors are no longer tolerated and are now recognized as toxic.

These behaviors and microaggressions add up, hurting productivity, and have far-reaching effects not only on co-workers, but also on the trajectory of their lives and that of their families.

I’ve worked for many toxic bosses. And the only thing I learned was how to be a better boss myself, and what not to do. But it’s not the type of training I would want for anyone.

Several times I wanted to quit, and at least twice I changed my mind in less than two years. But at the time, it was part of the working world, or so I thought, and you got away with it.

I laughed, however, at the mention of the executive trainer who was described as “a professional jerk patroller.” That’s a resume builder!

Voter Suppression, Then and Now

Growing up in a northern liberal family in the 1950s and 1960s, I heard a lot about voter suppression in the South. Local taxes, literacy tests and those old favorites, outright bullying and violence, were commonplace.

Never would I have imagined in my declining years that I would see another zealous voter crackdown in every region of the country, led by Republicans sporting American flag pins while bragging that their country was the last great stronghold of freedom.