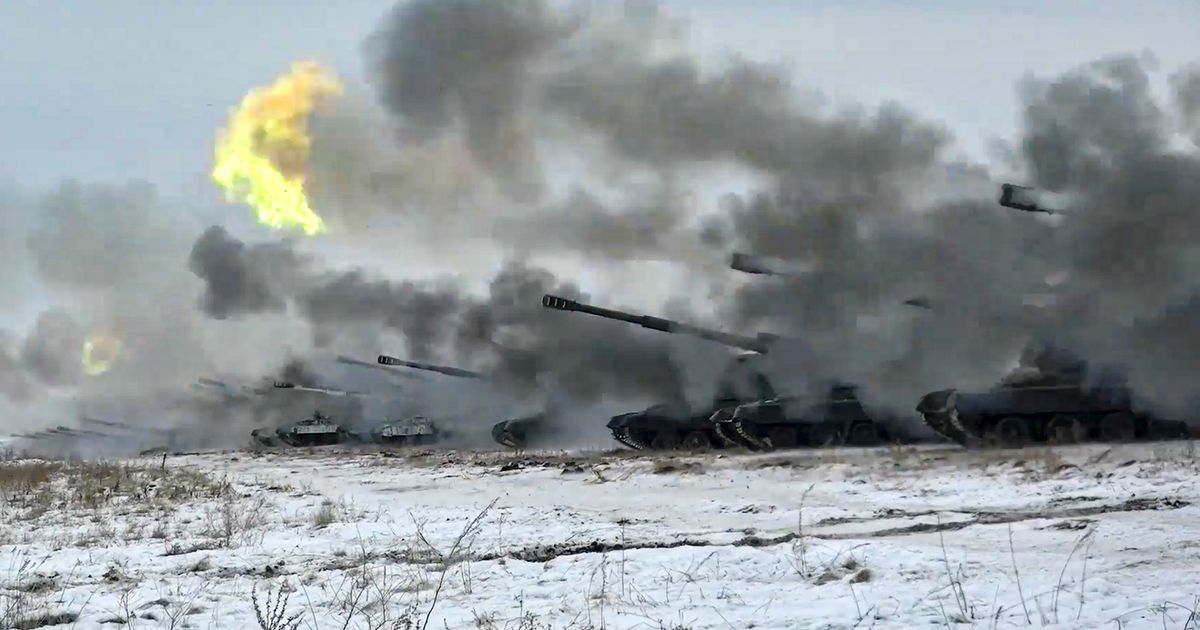 MOSCOW (AP) — With tens of thousands of Russian troops positioned near Ukraine, the Kremlin has kept the United States and its allies guessing its next moves in the worst security crisis to emerge between Moscow and the West since the Cold War.

Amid fears of an imminent attack on Ukraine, Russia has raised the stakes further by announcing more military exercises in the region. He has also refused to rule out the possibility of military deployments in the Caribbean, and President Vladimir Putin has reached out to leaders opposed to the West.

The military muscle building reflects a bold attempt by the Kremlin to halt decades of NATO expansion after the end of the Cold War. In talks with the United States, Russia is demanding legally binding guarantees that the alliance will not embrace Ukraine and other former Soviet nations, or plant weapons there. He also wants NATO to withdraw its forces from Central and Eastern European countries that have joined the alliance since the 1990s.

Putin described Ukraine and others’ NATO membership and the alliance’s weapons deployments there as a red line for Moscow, warning he would order ‘military-technical measures’ unspecified if demands are not met.

Putin cited NATO drills with the Ukrainian military, increasingly frequent visits by alliance warships to the Black Sea and US bomber flights near Crimea to underscore the urgency of demands security of Russia. He argued that by establishing training centers in Ukraine, Western powers can establish a military foothold there even without joining NATO.

“We have nowhere to retreat,” Putin said. “They’ve gotten to the point where we just have to tell them, ‘Stop!'”

Russia, which annexed Ukraine’s Crimean peninsula in 2014, has denied plans to attack its neighbour. Last year, however, Putin issued a stark warning that an attempt by Ukraine to regain control of areas in the east controlled by Russian-backed separatists would have “serious consequences for the Ukrainian state”. .

While Ukrainian authorities denied planning such an offensive, US intelligence officials concluded that Russia had already deployed agents to carry out acts of sabotage in the rebel east and blamed them on Ukraine in a ” false flag operation” to create a pretext for a possible invasion. Russia rejected the claim of “total disinformation”.

Putin has repeatedly asserted that Russians and Ukrainians are “one people” and claims that large parts of Ukrainian territory are historical parts of Russia – arbitrarily granted to Ukraine by communist leaders during the Soviet era. .

More than 14,000 people have been killed in nearly eight years of fighting in Ukraine’s industrial heartland called Donbass, where the Moscow-backed insurgency erupted shortly after the annexation of Crimea. A 2015 peace deal brokered by France and Germany helped end large-scale battles, but a political settlement has stalled and frequent skirmishes have continued along the tense line of contact.

In early 2021, a spike in ceasefire violations in the east and a concentration of Russian troops near Ukraine inflamed fears of invasion, but tensions eased as Moscow withdrew most of his forces after maneuvers in April.

Military buildup near Ukraine resumed in the fall, with Ukrainian and Western officials warning that the growing concentration of troops could herald a Russian attack on multiple fronts.

Putin noted with satisfaction that Russia caused “some stress” in the West. “It is necessary to keep them in this state for as long as possible,” he said in November, ordering his diplomats to press for binding guarantees against NATO expansion.

While the United States and its allies have rejected Russian demands for a halt to NATO expansion, some observers note that Moscow’s insistence on a written response may reflect an intention to use it as an argument. for possible escalation.

“At this stage, the parties do not intend to compromise and want to shift the blame for a potential conflict,” said Kirill Rogov, an independent analyst based in Moscow.

In addition to some 100,000 troops deployed near Ukraine, Russia has also moved more troops from Siberia and the Far East for joint exercises with its ally Belarus, which also borders Ukraine. During these exercises, Russian military units moved to areas near the southern border of Belarus, about 75 kilometers (47 miles) from Kiev.

Earlier this week, the Russian Defense Ministry also announced a series of naval maneuvers in the Black Sea and in more distant regions such as the Mediterranean, the northeast Atlantic and the Pacific. The exercises which will start this month and last until February will involve more than 140 ships, dozens of planes and more than 10,000 people.

Amid tensions, Putin has also worked to strengthen alliances with countries opposed to the West. He hosted Iran’s hardline president for talks on expanding cooperation and is expected to travel to the opening of the Winter Olympics in Beijing where he will hold talks with Chinese President Xi Jinping.

In recent days, Putin has also spoken by phone with the leaders of Nicaragua and Venezuela, and a Russian government plane was recently seen cruising between Cuba and Venezuela, a possible harbinger of the Kremlin’s next moves.

After the United States and its allies rejected Russian demands to halt NATO expansion, Russian Deputy Foreign Minister Sergei Ryabkov left the door open for the deployment of military assets to Cuba and Venezuela.

While expressing concern that NATO could potentially use Ukrainian territory for the deployment of missiles capable of reaching Moscow in just five minutes, Putin warned that Russian warships armed with the latest Zircon hypersonic cruise missile would give the Russia a similar capability if deployed in neutral waters.

Fyodor Lukyanov, a prominent Russian foreign policy expert, observed that with Russia and the West taking hardline positions in the talks, an escalation seems inevitable.

“Tensions will be high, including shows of force not necessarily near or in Ukraine,” Lukyanov wrote in a comment. “Real talks with some breathing room and a broader agenda would ideally only begin after the next round of escalation to ease tensions.”