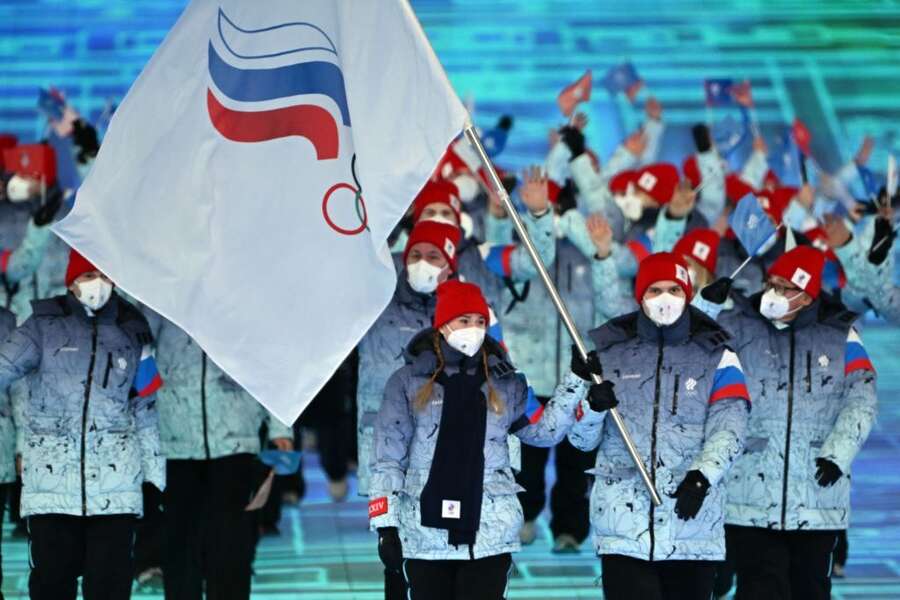 By Paul V. MaganaFebruary 4, 2022No Comments

In 2019, the World Doping Agency banned Russia from competing globally for four years. The ban followed a large doping operation that had been covered up. In 2020, the ban was reduced to two years, which still meant Russian athletes could not compete under the Russian flag at the 2020 Summer Olympics or the 2022 Beijing Winter Olympics.

Instead, the 215 Russian athletes competing in the 2022 Winter Olympics will compete under the flag of the Russian Olympic Committee (ROC). The ROC is essentially a way for Russian athletes to compete without explicitly representing Russia. The Russian flag and national anthem are banned from all Olympic events, and Russian government officials are not allowed to attend the Games unless invited by the host country.

However, during the opening ceremony of the Beijing Winter Olympics, you may have seen both the Russian flag and Russian President Vladimir Putin. Putin’s presence is easily explained. He was invited to attend by the host country. Flags are another matter.

As the athletes marched under the ROC banner, which contains the Olympic rings and the colors of the Russian flag, their jacket sleeves bore the Russian flag. The flag appears to be a violation of the rules established for the Russian ban.

So far, this violation has not resulted in any consequences for Russia or its athletes.