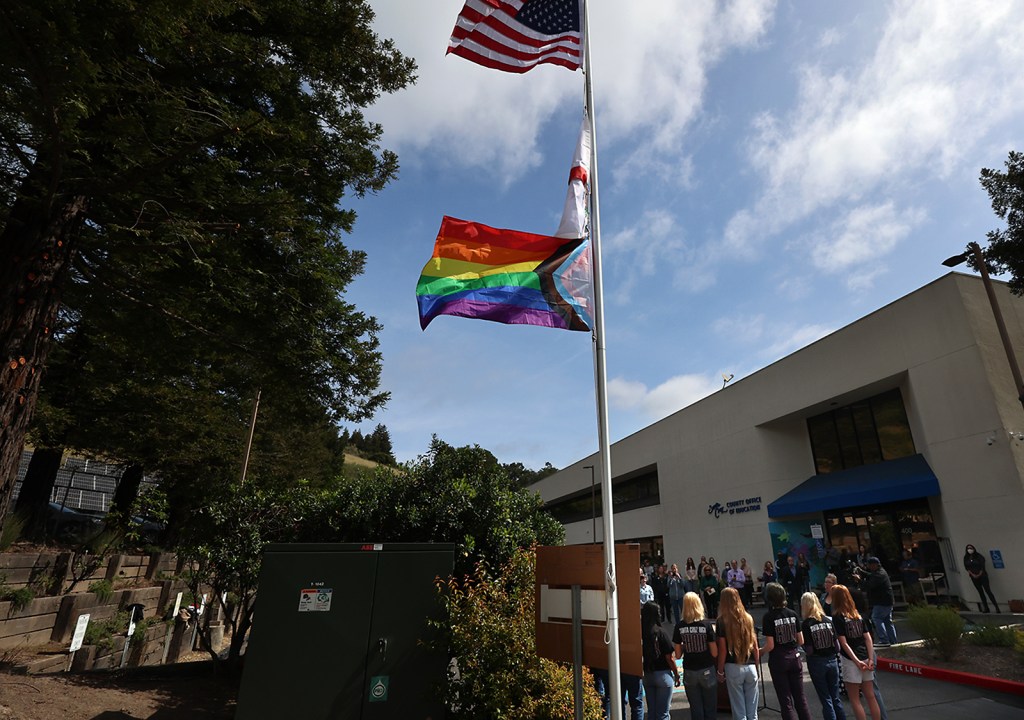 The Pride Progress flag is raised Monday morning during a ceremony at the Santa Cruz County Office of Education marking Harvey Milk Day. Many county schools raised the rainbow flag to honor the legacy of Milk, a gay rights pioneer and California’s first openly gay elected official whose advocacy fueled LGBTQ+ rights movements across the country. country. Santa Cruz High ninth grader Taly Strubing, who identifies as LGBTQ+, had the honor of physically raising the flag. They said, “It feels good to know that everyone cares about us and that we are seen and appreciated.” The Progress Pride flag was developed in 2018 by non-binary artist Daniel Quasar with the redesign adding a five-color chevron to the classic rainbow flag to put more emphasis on inclusion and progression. The flag includes black and brown stripes to represent marginalized LGBTQ+ communities of color, as well as the colors pink, light blue and white, which are used on the transgender pride flag. A press release on the County Board of Education’s second annual Rainbow Flag Raising Ceremony reads, “The WCC encourages and supports teachers across the county to integrate LBGTQ+ history into the curriculum. with the goal of increasing awareness of LGBTQ+ history and celebrating the diversity of all our students and families. (Shmuel Thaler – Sentinel of Santa Cruz)