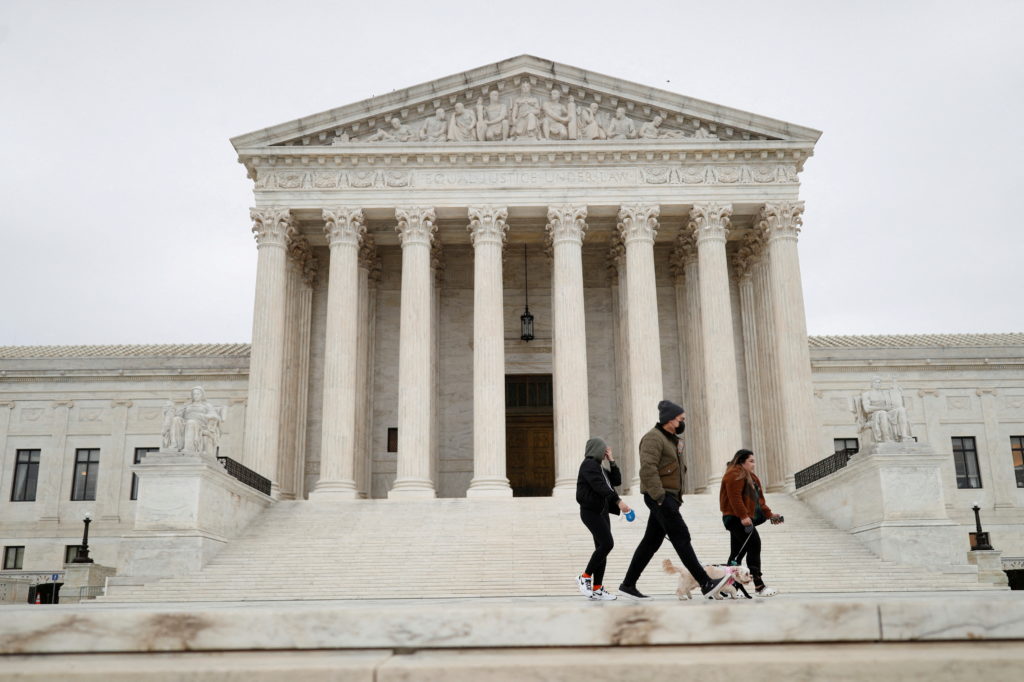 BOSTON (AP) — The Satanic Temple is asking to fly a flag over Boston City Hall after the United States Supreme Court ruled this week that the city violated the free speech rights of a conservative activist seeking to fly a Christian flag outside the downtown building.

Mayor Michelle Wu’s office declined to comment on the group’s request, except to say it was reviewing the High Court’s decision while assessing its flag-raising program.

Lucien Greaves, the organization’s co-founder, said in an email Wednesday that the group wants to show that religious freedom should mean respect for “all forms” of religious practice and religious opinion.

“When government officials are able to impose arbitrary restrictions on conscientious claims or restrict the civic abilities of some based on their religious identity, we fail to be a free and democratic republic,” he said. he writes in part.

The organization hasn’t decided which of its official flags it will ask the city to fly, Greaves said, but a likely option echoes the American flag, only with black and white stripes and an emblem of a pentagram and of a goat skull where the 50 stars would be.

The Satanic Temple is separate from the Church of Satan, which was founded in the 1960s. Founded in 2013, the Satanic Temple does not believe in Satan and describes itself as a “non-theistic religious organization” that advocates secularism.

He has filed religious freedom challenges nationwide, including a federal lawsuit arguing that the Boston City Council‘s traditional opening prayer at its public meetings is discriminatory and unconstitutional.

The Supreme Court unanimously ruled Monday that Boston discriminated against activist Harold Shurtleff because of his “religious viewpoint,” even though it has routinely approved other flag-raising requests.

In 2017, Shurtleff and his Camp Constitution wanted to fly a white banner with a red cross on a blue background called the Christian Flag to mark Constitution Day on September 17.