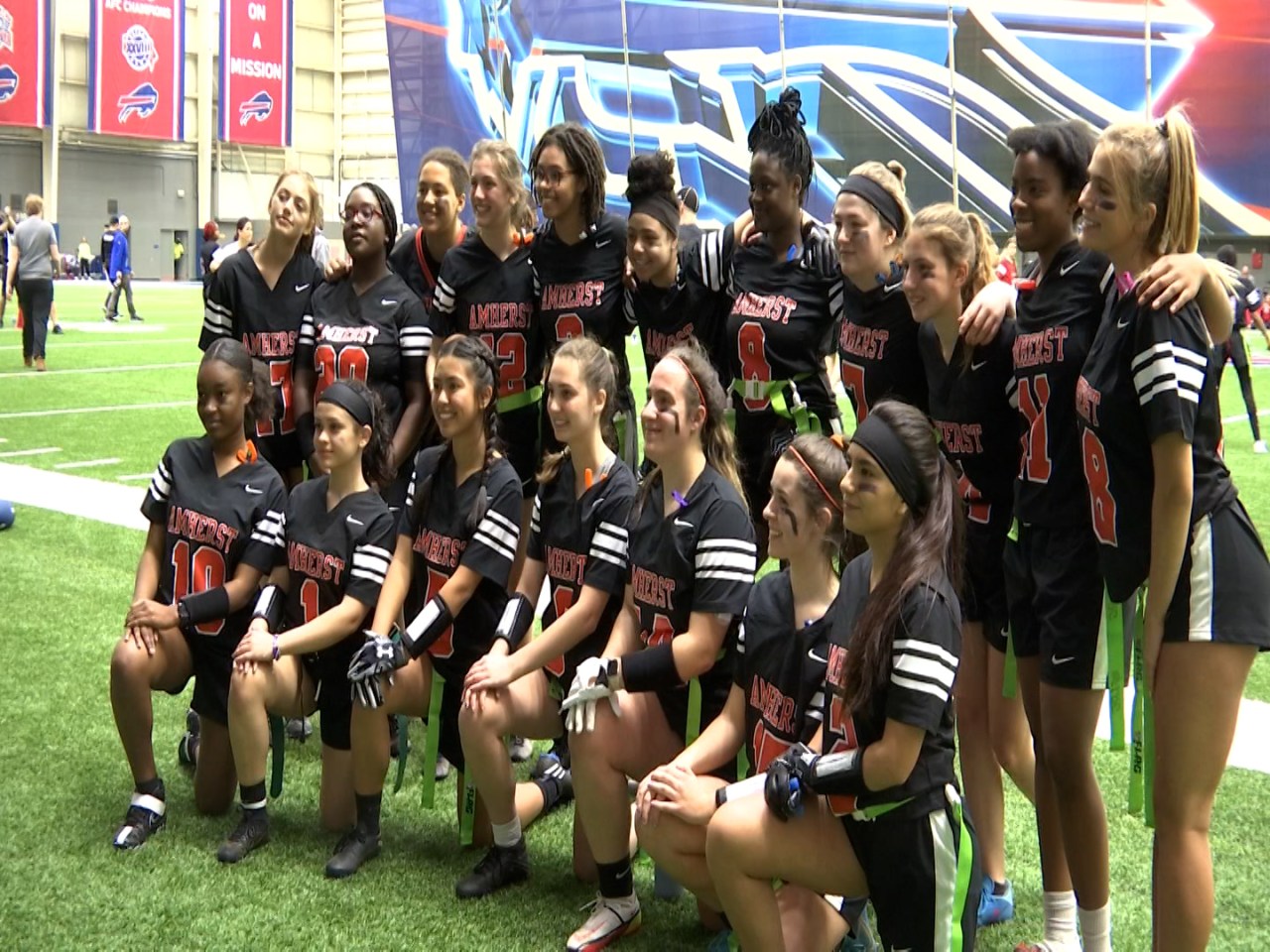 Eight local teams will play in the historic season

These teams joined twelve Buffalo teams to start the season at Bills facilities.

“It’s so much fun. There’s a lot going on right now because it’s three games at the same time, but you just have to be in the moment, feel what’s going on and that’s very fun to play with the people you enjoy spending time with,” Amherst freshman Sydney Crozier said.

“It’s one of those things in life that’s completely unexpected and comes out of nowhere,” Amherst assistant coach Rich Crozier said. “Sydney is really a swimmer, she came home and said, ‘Hey dad, I’m going to play flag football in the spring, that’s something I’m interested in.’ Coach Kensy caught me during basketball season and said would you guys help me and here we are now at the Bills country house of all the things I coach football and that I’m training my daughter, that’s something you would never have believed.

The inaugural season of women’s flag football officially begins with games next week, and for the girls of the 12 WNY teams that are part of the pilot program this year, they know they are setting the priority going forward.

“I just want to set a great example for the future and set the bar high for the girls to know what to expect and make this league thrive,” Hamburg senior Elizabeth O’Brien said. “It’s so exciting and it’s so important for girls our age. I think it’s really a huge thing for us.

On the pitch, these girls are ruthless and fearless. But off the field, it is not lost on them that they go down in history with each shot.

“Especially since we are the first group of girls to do it, I was very interested in the sport. I hope the program grows and every state has it and it’s not just an isolated idea, but it spreads,” said Orchard Park junior Maggie Kelly.

“I’m just very proud of the girls. They tried to get involved in something, and I think they realize right away that it’s something special,” West Seneca head coach Jim Maurino said.

“I think it’s really cool and great that we’re the first,” Orchard Park rookie Halle Seifeld said. “It will continue to grow and spread.”

“I think it’s just a cool part of the story, it’s a new sport,” North Tonawanda sophomore Erika Kellar said. “I think you have to know that, and it’s really fun.”