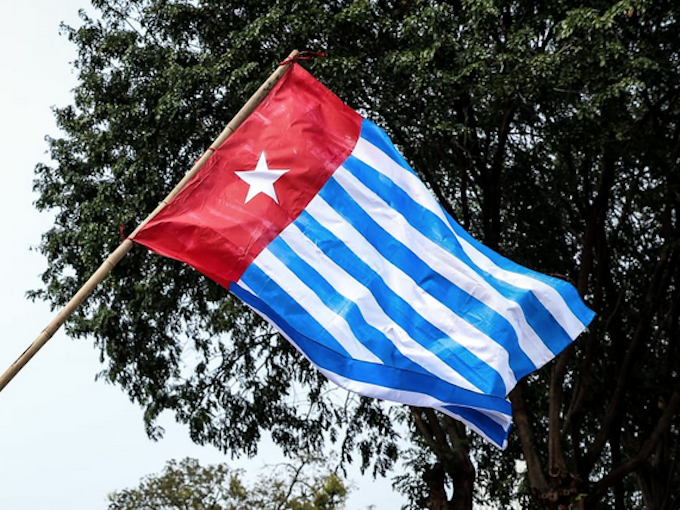 By Paul V. MaganaSeptember 2, 2022No Comments

Seven people have been found guilty of ‘treason’ after they lifted the ban the morning star flag in West Papua, a Melanesian region of Indonesia.

In Jayapura District Court this week, the seven were each jailed for 10 months and fined.

The flag is considered a symbol of West Papua’s struggle for independence and has been strictly banned by the Indonesian authorities.

The group, one aged 19 and the others in their twenties, had hoisted the flag at the Cenderawasih Sports Center, and although they were unarmed, they were found guilty of treason.

“Intention to separate”
The verdict reads: “The defendants already intend to separate Papua and West Papua from the territory of Indonesia. The defendants committed the beginning of treason as stipulated in article 87 of the penal code”.

During the trial, Gobay said no expert witnesses were called to explain his views on the charges.

According to Gobay, the conclusions reached by the panel of judges seemed subjective because there was no information from expert witnesses.

This article is republished under a community partnership agreement with RNZ.