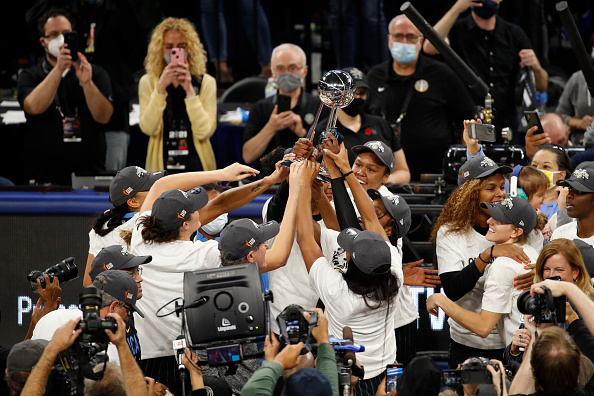 CHICAGO — It’s been five years since a pro team in the city was able to plan a celebration to honor a championship with a lasting tribute complete with valuable jewelry.

The Chicago Cubs unveiled their World Series championship flag and handed out title rings to franchise members on different nights during their first home series in 2017. In subsequent years, no Chicago team did could do the same for a league. championship.

But the Chicago Sky changed that last October when they won their first WNBA title in franchise history. The city cheered on the team at the WNBA Finals at Wintrust Arena and then at a rally in Millennium Park in their honor.

Now the team can hold its last big celebration for its 2021 title this spring, and the Sky has set a date for its banner and ring ceremony on Wednesday.

The Sky will pay tribute to their team on Tuesday, May 24 at Wintrust Arena before their game against the Indiana Fever at 7 p.m. The WNBA championship rings will be distributed, then the banner will be revealed and hoisted to the site rafters.

“This ceremony and the unveiling of the banner for Chicago’s run to the championship represents a bridge that connects 2021 to 2022 for us,” general manager and head coach James Wade said in a statement released by the team. “Momentum is about confidence – and now, if there are times when we lack confidence, the only thing we have to do is look up!”

When the Sky honor the 2021 team, it will actually come their third home game of the 2022 season, with the team hosting the Los Angeles Sparks on May 6 to open the season and then the Liberty on May 11. The team will then play road games against the Lynx, Storm and Mystics before heading home for a championship celebration.

Tickets for a team game go on sale March 15 at 11 a.m. from Ticketmaster.