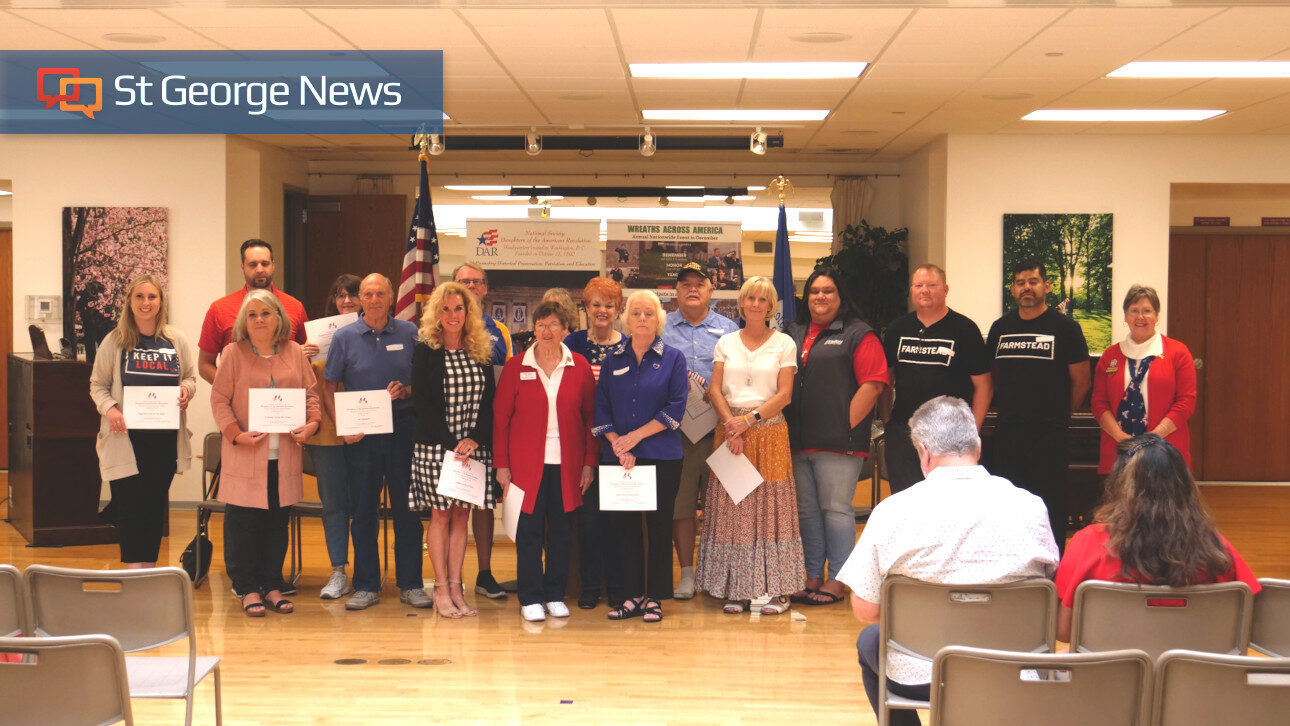 ST. GEORGE – Color Country, the local chapter of the National Daughters of the American Revolution Society, organized a ceremony rewarding 29 people and companies for having supported the United States Code regarding the conduct of the flag.

The local chapter presents certificates of flag appreciation to community members who are observed flying the flag of the United States regarding the code. According to members of the company, many flags do not comply with the code, stressing that the flags should not be worn or in tatters and should be illuminated by a light source if they are up at night.

Although certificates were awarded in previous years, the company decided this year to hold a ceremony. Many laureates attended and received their certificates in front of a modest crowd. Likewise, patriotic musical numbers were shared and two-year-old new citizen Angelica Lancaster shared her thoughts and feelings about the country and its flag.

“When you see the American flag, you have to stand to honor, number one, the American flag and number two, at that time you remember the founding fathers who brought us to where we are here, in this moment, ”she said. “For me that is very important, and even though I am home alone, if I see an event or a news item, and they play the national anthem, I will stand up and salute the flag.”

While many flags do not meet code standards, flag certificate recipients pride themselves on standing out. Following the ceremony, several laureates spoke to St. George News and shared their thoughts on the subject. One individual said he felt this was his way of taking a stand for patriotism. Another expressed her deep devotion and love for the flag.

“We are very proud to fly our flag,” said Gloria McGilloway, representative of Red Cliffs Mall. “It’s interesting how many people will stop by the mall office, which is not easy to find, and congratulate us on having a flag and doing it right.”

McGilloway also said keeping the flag is a way for the mall to show its desire to be good citizens.

Speaking of the code, Valerie King, the regent of the local, explained that a committee was formed over 100 years ago to promote a “deep patriotic sense of respect for our flag”. In 1909, the company presented the committee with the following objectives: to fly the flag, protect it in all conditions, and educate citizens in its correct use.

According to its website, the company is a 131-year-old organization “dedicated to promoting historical preservation, education, patriotism and honoring the patriots of the War of Independence.” Today there are over 190,000 members with over 3,000 chapters. Anyone wishing to get involved can visit the company website website to find locals and learn more about the company.