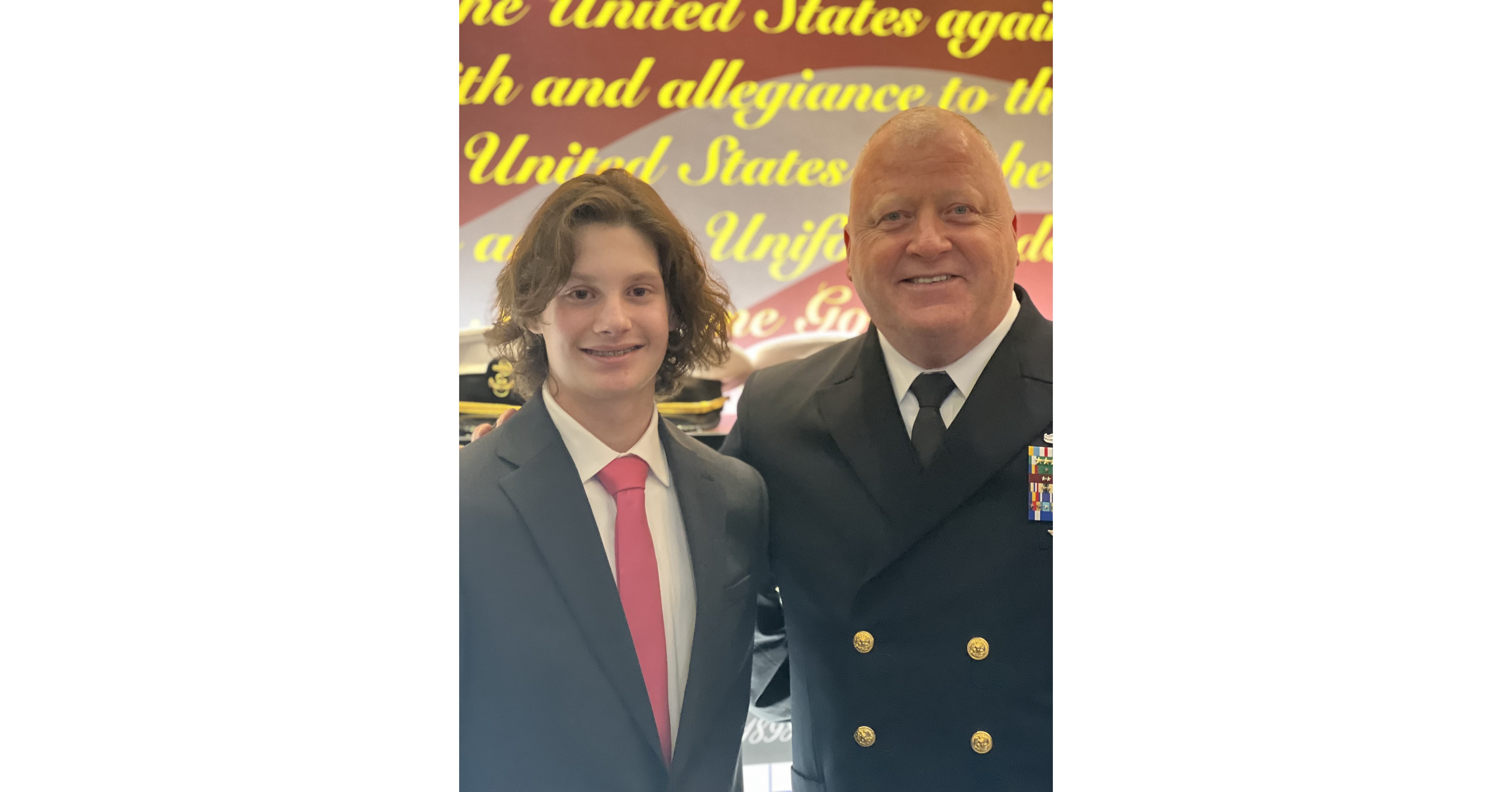 “This new partnership with Act of Valor stems from our shared core values,” said Warren Lichtenstein.

Cole was named to the Lasorda Legacy Annual First Team and awarded the Act of Valor Challenge Coin to commemorate his commitment to the core values ​​of Steel Sports. He was honored on stage at the US Navy Memorial and was joined by his parents, Allison and Jonathan Ingram. He also received a $500 scholarship and a challenge coin from Sgt. Maj. Troy E.Black of the United States Marine Corps.

With other winners, including MLB stars Trevor Hoffman (Winner of the National Baseball Hall of Fame Award) and Byron Buxton (Major League Baseball Award), Cole enjoyed a tour of the Pentagon and the United States Capitol. Cole was chosen to represent the Lasorda Legacy team based on an essay he wrote about Hoyt-Wilhelm, a Major League Baseball player who served in World War II. Wilhelm received a Purple Heart for his service and went on to pursue his entire career with shrapnel in his throwing hand, demonstrating his commitment to country and baseball.

“We are so proud that Cole represents Steel Sports in washington d.c.,” said Alison Haehnel, SVP of Social Impact at Steel Sports. “Steel Sports’ mission as an organization is to inspire young people to reach their potential on and off the court, while Act of Valor aims to inspire today’s youth by teaching them citizenship, service to his country and sacrifice in times of great national need. Cole is a shining example of the intersection between sport, leadership and service. Cole’s essay showed his understanding of both service and leadership , including how sports can be as much about building character as they are about having a good time, and we can’t wait for him to bring what he’s learning here in DC to Team Steel Colorado.”

Haehnel and Steve JonesSenior Vice President of Coaching System – The Lasorda Way at Steel Sports, recently appeared on the American Valor Podcast to talk about the partnership between the two organizations. Steel Sports will expand the annual Lasorda Legacy Series Championship to a 4-month series beginning in April at Lasorda Legacy Park in Yaphank, New York, with the participation of dozens of teams from across the country. Act of Valor will host free civics classes, including how to handle the American flag, and honor veterans at each of four monthly events. At the conclusion of the Series Championship in July, they will announce their selection for next year’s Lasorda Legacy Team, which is sure to include exemplary athletes who have demonstrated their core values ​​on and off the court.

In 2014, legendary Baseball Hall of Famer and co-founder of Steel Sports Tommy Lasorda was inducted into the Hall of Fame for Bravery. Steel Sports Foundation Board Member and Former Advisory Board Member, Famous MLB Manager Bobby Valentinecontinued its legacy by spearheading this partnership.

“This new partnership with Act of Valor stems from our shared core values,” said Warren Lichtenstein, Executive Chairman of Steel Partners. “At Steel Sports, we forge the next generation of leaders by instilling Steel Sports’ core values ​​of teamwork, respect, integrity and commitment. Our work with Act of Valor helps us inspire them with the legacy of the greatest generation.”

Based at Bridgewater, New Jersey, Steel Sports is a social impact company whose mission is to inspire young people to reach their potential, on and off the court, by developing them as athletes and people through the Steel Sports Coaching System – The Lasorda Way. Through its “kids first” approach, Steel Sports is setting a new standard in youth sports and coaching, forging the next generation of leaders by instilling Steel Sports’ core values: teamwork, respect, integrity and commitment. Steel Sports creates a positive youth sport experience for over 100,000 athletes each year. For more information, visit www.steelsports.com.