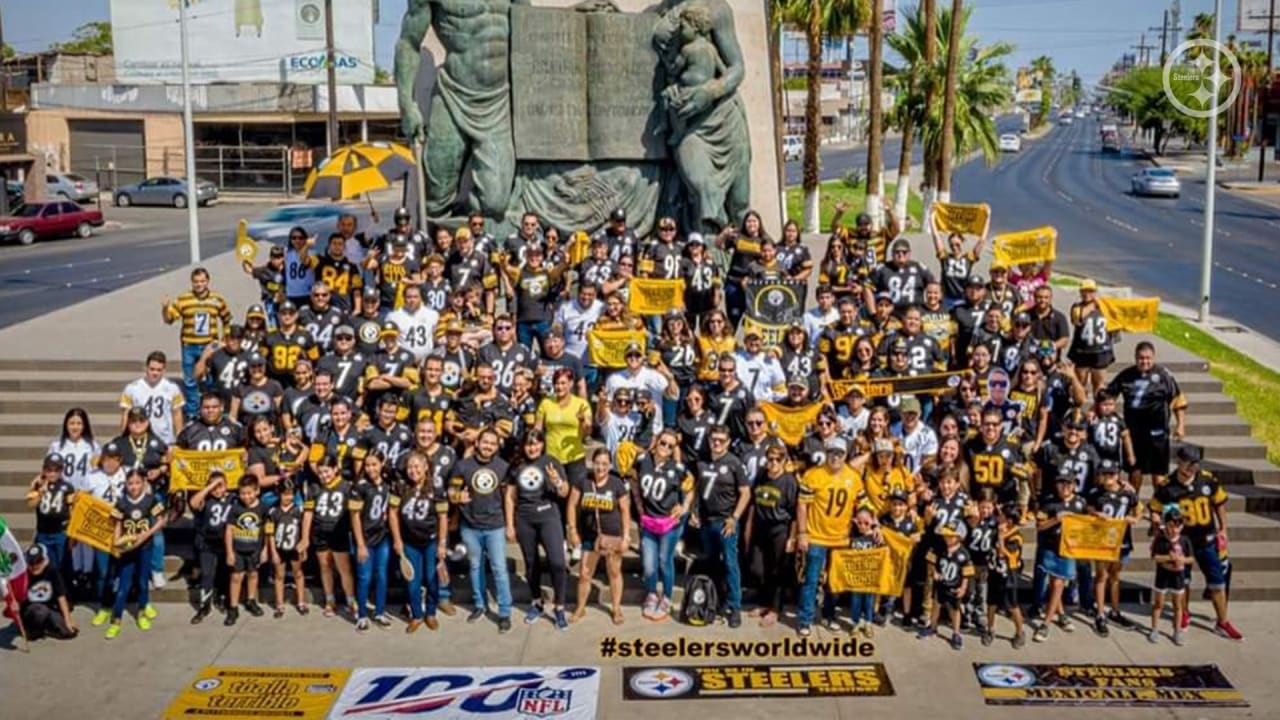 It’s no secret that Steelers fans love sharing photos of themselves supporting their favorite team on social media, but on Sunday, September 4, they’ll be sharing those photos in a way like no other.

Steelers fans from all corners of the earth prepare to gather for Steelers “World Picture Day,” an annual event celebrated by the Steelers Nation around the world.

The event is the perfect opportunity for fans to don their black and gold gear and show their support for the Steelers ahead of the team’s season opener against the Cincinnati Bengals.

And it’s easy. You can get together in large groups or small families and share a photo of yourself on social media at a local landmark, or even in your living room, showing your love for the Steelers. The idea is for everyone to do it on September 4 at 10:30 a.m. (your local time) so it’s a united front.

To date, fans from 52 cities, representing 12 countries, are participating, and more are invited to participate.

Fans from Mexico, where the tradition began, are leading the way with fans from 39 participating cities. Other participating regions include the United States, with eight cities so far that have registered to participate, as well as Argentina, Australia, Brazil, Chile, France, Ireland, Panama, Porto Rico, Spain and the United Kingdom.

“Steelers Nation is amazing; it means everything to have this level of support and love from fans around the world,” Steelers general manager Omar Khan said. “There’s nothing like seeing Steelers Nation in different parts of the world come together to celebrate the start of a new season. It’s very special. We have the best fans.”

The annual event was developed by Sergio Carrasco and Guillermo Vargas, two Steelers fans who live in Mexico, a region where the Steelers have a long-standing relationship due to the huge fan base.

“It’s always been a priority for us to recognize our fans all over the world, especially in Mexico,” Khan said. “We’ve had a presence in Mexico for years, most recently with Najee Harris in the NFL Draft. We see at least one Mexican flag in every game. It’s such a special fan base. We take every opportunity we get. have to stay connected with our fans in Mexico. Their support and love for us is incredible.”

How can you get involved? There are several ways:

• You can share your photo with the event organizers directly on the social accounts below: