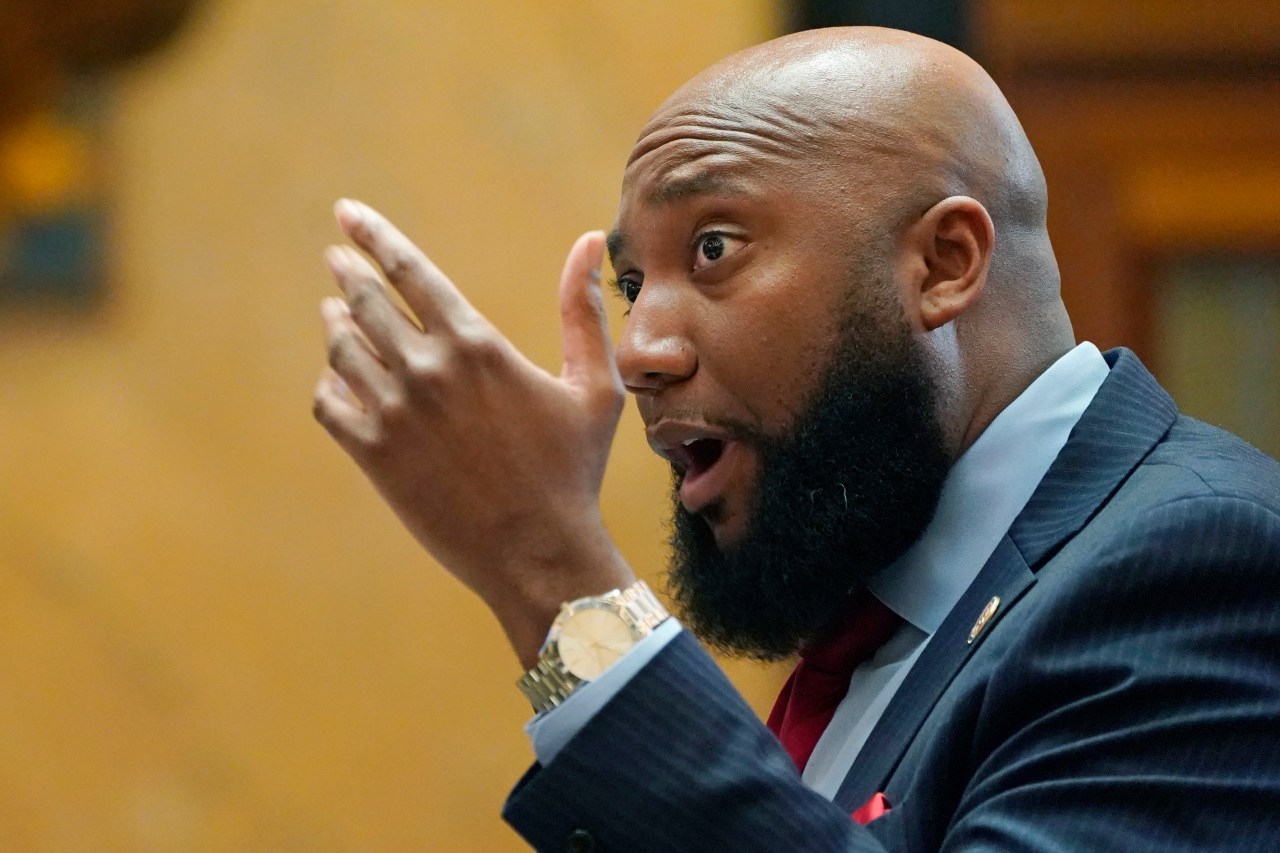 JACKSON, Mississippi (AP) — The same Mississippi legislature that proclaimed racial reconciliation after removing the Confederate battle emblem from the state flag nearly two years ago passed a bill Thursday to limit how race can be discussed in classrooms.

Several black lawmakers said during the six-hour debate that the bill could stifle honest discussion about the harmful effects of racism, as parents could complain if history lessons make white children uncomfortable. .

Democratic Representative Chris Bell of Jackson opposed the bill. He said some people supported him because they feared black people and worried that white people would no longer be in the majority.

“In Mississippi, we always tend to live in the land of purgatory of the most negative things. This bill adds to that purgatory,” Bell said.

The Republican-controlled House voted 75 to 43 to pass Senate Bill 2113. It will go to Republican Governor Tate Reeves, who has pledged to sign it.

The short title of the bill indicates that it would ban “critical race theory”. But the main text of the bill does not mention or define the theory, and many of the bill’s supporters also said they could not define it.

The bill states that no school, community college or university can teach that “any gender, race, ethnicity, religion or national origin is inherently superior or inferior.”

Democratic Rep. Zakiya Summers of Jackson said some colleagues told her the bill didn’t do anything substantive, but gave them something to talk about at election time.

“Censoring teachers, dismantling education bit by bit, attempting to erase the past, refusing to acknowledge the evil, horror and heinous acts that have been inflicted on my people, and then hiding behind this ‘inferior’ argument against superior’ – that’s what the bill will do,” Summers said.

No lawmakers gave speeches in support of the bill. Republican Rep. Joey Hood of Ackerman, who is white, did not define critical race theory as he explained the bill Thursday.

When the bill passed the Republican-controlled Senate in January, all black senators withheld their votes and walked out in protest.

Critical race theory is an academic framework that examines how racism has shaped public policies and institutions such as the legal system, and how these have perpetuated white dominance in society.

Mississippi has the highest percentage of black residents of any state – about 38%. Along with other Deep Southern states, including neighboring Alabama, it was a melting pot of the civil rights movement.

On Thursday, all of the House votes for the bill came from white Republicans. Of those voting against, 39 are black Democrats, two are white Democrats, one is a black independent, and one is a white independent. Four white lawmakers did not vote – two Republicans, a Democrat and an independent.

Republican House Speaker Philip Gunn led efforts to change the state flag in 2020, saying the Confederate symbol was offensive to many. Voters approved a new flag featuring a magnolia, and lawmakers signed into law the new design in early 2021.

Gunn backed the bill on Thursday, and immediately after it passed he praised the House for having a respectful debate.

Gunn, who has been a leader in his Baptist church, also led the House in prayer and said Representatives often faced difficult issues, including Thursday’s. He asked God for “healing” and said, “We pray that you will not allow this to create division. »