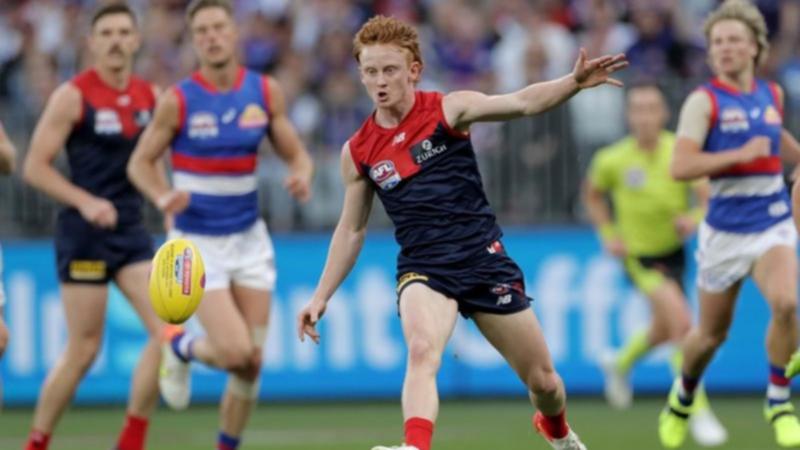 The Demons broke their 57-year drought as prime minister on Saturday night with a 74-point victory over the Western Bulldogs in the grand final in Perth.

Bowey, who was only 19 on September 12, timed his run perfectly this season.

The 176cm speedster made his AFL debut against Gold Coast on round 20, and he managed to hold onto his spot for the remainder of the campaign.

His introduction sparked a seven-game winning streak that took Melbourne to the flag.

But Bowey did it in his freshman year – a fact that did not escape the young redhead.

â€œI thought an Under 11 flag was pretty good, but it beats anything I’ve ever done.

â€œDad was the coach of this game, and we came from fourth place, so we were the underdogs.

â€œAnd I was the best on floor in the win, then I played in the age group above and we also won that flag on the same day.

“But winning with Melbourne beats both flags in one day, that’s for sure.”

Bowey, the No.21 pick in last year’s national draft, is the son of former St Kilda rover Brett Bowey.

Brett played 85 games for the Saints between 1988 and 1994, but the closest to a flag was a semifinal appearance against the Bulldogs in 1992.

His son has already greatly exceeded this mark.

â€œAt the start of the year I was just happy to play one game,â€ said Bowey, who had 17 eliminations in the grand final.

“But I think I took that opportunity pretty well. I played my part every week and I am rewarded for it.

â€œI supported St Kilda growing up because dad played a few games for them.

“I still have a soft spot for St Kilda, but this prime ministerial post with Melbourne is pretty awesome.”