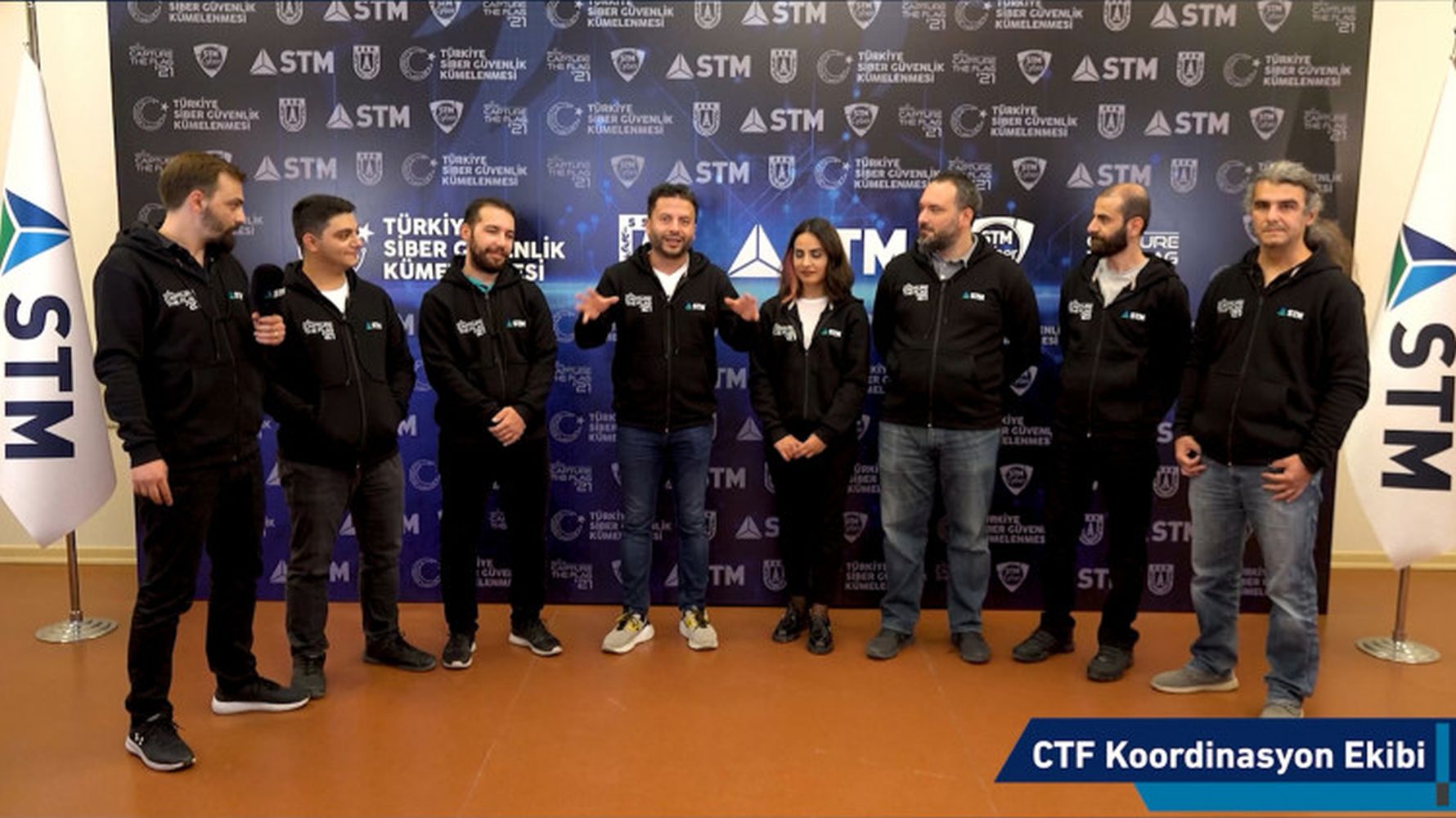 In order to raise awareness in the field of cybersecurity and contribute to the training of qualified human resources, the seventh â€œCapture The Flagâ€ event, organized by the STM with the support of the Presidency of Defense Industries and the Turkish Cyber â€‹â€‹Security Cluster , successfully completed on October 22-23, 2021.

Tech editor HakkÄ± Alkan moderated the CTF, which was held online this year, like last year, due to the pandemic. The President of the Turkish Defense Industry Presidency, Prof. Dr. Ä°smail Demir, STM Director General Ã–zgÃ¼r GÃ¼leryÃ¼z and the General Coordinator of the Turkey Cybersecurity Cluster, Alpaslan Kesici.

The President of the Turkish Defense Industry Presidency Prof. Dr. Ä°smail Demir, stressing that in today’s world, those who dominate technology and data, produce, use and store data in digital media can also dominate all of the elements, â€œThe data our country has and the information it produces; “If we don’t protect our borders and our homeland like we do, we cannot look to the future with confidence,” he said. Demir pointed out that the CTF is an important opportunity for young people who aim for a career in cybersecurity.

Ã–zgÃ¼r GÃ¼leryÃ¼z, Managing Director of STM, said: â€œWe are taking steps to educate our young people whenever we have the opportunity, in order to bridge the gap of experts in the field of cybersecurity in our country. With the oldest â€œCTFâ€ event in Turkey; We are laying the groundwork for our youth’s interest in this issue and as cybersecurity researchers aim to show that there is a career opportunity in our defense industry.

At the CTF event, which was held for the 7th time this year with the aim of raising awareness in the field of cybersecurity and human resource development; For 24 hours, he competed in cyberspace to find deliberately created system vulnerabilities in topics such as cryptology, reverse engineering, web and mobile applications.

A total of 710 teams, in which 394 competitors from Turkey and abroad competed against each other, struggled to make it to the top 3 teams. At the awards ceremony held on the evening of October 23, the winning team received 35,000 TL, the second team 30,000 TL and the third team 25,000 TL. The top ten teams other than the top three in the competition won the Raspberry Pi 4.

During the CTF process, https://ctf.stm.com.tr/ Among the candidates who obtained the highest score by participating in the mini-quiz held at

During the CTF event, STM cybersecurity experts shared their experiences with young people by giving training, while human resources experts spoke about job opportunities in the field of cybersecurity.

The live streamed recordings of the event, in which young people considering a career in the sector, industry professionals and technology enthusiasts have shown great interest; Twitter accounts (@StmDefence, @StmCTF, @StmCyber) and STM YouTube and LinkedIn.