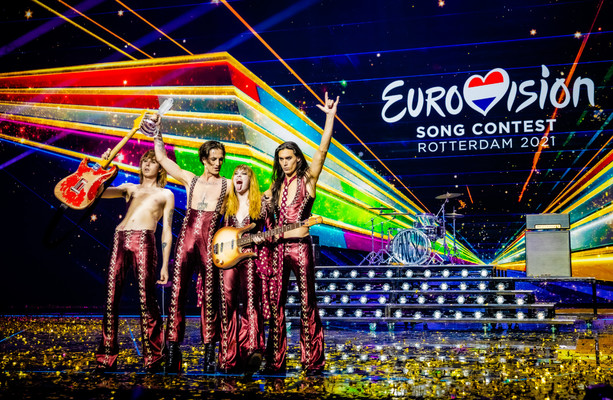 THE EUROVISION SONG competition is a unique institution. In many ways, it seems amazing that such a show has survived into the modern age when so many television formats have come and gone over the decades.

However, it is its ability to adapt and change over time that has been its strength. Of course, while it’s one of the most-watched TV events in the world, it’s also one that some people go to extraordinary lengths to tell you they don’t watch or don’t like or don’t see the point of it. These are the passions he still creates.

Hidden in all of this is the wonderful contradiction that this is “just” a song contest. A little fun. Safe. Yet, at the same time, it is so much more. A sense of identity. A place on the world stage and a chance to wave a national flag. In fact, there are few scenarios (even in sports) where waving the flag can be done as proudly and with as little harm or offense as with Eurovision. Maybe because deep down we all care, and yet at the same time we say no.

It is this element that has always given the contest its very serious and enduring political theme. It’s no secret that countries appreciate their chance to be seen on stage. With Italia ’90, Eurovision played a key role in Ireland, finding a confidence and conviction that emerged during the 1990s as the country gradually transformed socially and economically into a truly modern European country.

The trend towards Brexit and its effects can be mapped in the commentary on Britain and the reaction to Britain at times. The contest was essential for those countries emerging from the shadow of communism in the 1990s and stepping onto the world stage.

It was a scene of heartbreak and hurt, filled with hope in the face of devastating conflicts like the war in the Balkans when contestants lost loved ones and risked lives to make the final in Ireland.

From Franco to Putin, leaders tinkered with the contest and complained or intervened to try to get what they wanted. With the public vote now an integral part of the competition, it is also an indicator of the most whimsical moods of Europeans.

Of course, they like to have a little fun, who doesn’t? They don’t want every entry to be a serious song, they like to laugh. Of course, countries share similar tastes in some regions, which is hardly surprising. But we know that every year, a song that stands out wins votes from all over the continent to be the winner. We know that something transcends all boundaries.

None of this is without controversy. Israel wins and there will be further boycott calls. The other Arab countries will not enter because Israel is there. The Balkan conflict has also created many challenges. We’ve had countries trying to censor the content of certain songs or trying to block particular acts. The European Broadcasting Union is still struggling to overcome these problems.

This year it’s different. One gets the feeling that Europe and its citizens were in no mood to compromise. Similar to sports and other organizations, once Russia invaded Ukraine, there was little doubt that she would be kicked out of the contest. It was a barometer of the audience’s mood as much as anything else.

The conflict posed a definite threat to many countries in Europe. Ukraine has long been a popular member and winner of the contest. The invasion cast a shadow that went beyond the immediate conflict itself and made Europeans extremely anxious about a world in which they felt very safe.

Eurovision sees itself as a celebration, a coming together of all these countries, a place where nations come out of oppression on the stage. Where nations fleeing the Soviet bloc were welcome. Any Russian involvement in the current circumstances, where it reverted to an old Soviet stereotype, was an offense to all.

And unlike other conflicts where governments have justified their actions, Russia has not even seen the need to do so. There was no debate. Europeans would never have accepted Russia’s participation when its news feeds threatened nuclear war and neglected the rights of a neighbor who had done nothing to harm Russia itself. .

This contest now sees Ukraine as one of the favorites to win. This is hardly surprising. There will be an outpouring of feelings. This contest can be ‘just’ a song contest. Maybe it’s “just a little fun”. There will be opportunities to laugh and complain as always. But there will be flags being waved. Not just for national pride this time. No, this time as long as Europe can still play, it will be a sign of resilience, a sign of support and a sign that there is a better world than war and missiles, a world where we can vote and accept decisions, where dreams can come true or people are allowed to disagree and complain.

None of these things should tear us apart so violently in the end. Despite all the corny songs and nonsense lyrics, Eurovision still represents us at our best. Fun-loving, non-judgmental and not always having to conform, but at the same time proud and determined to learn the lessons of history and always determined that peoples and nations can come together, but only on the basis of mutual respect. And in doing so, they can sing a good old song together.