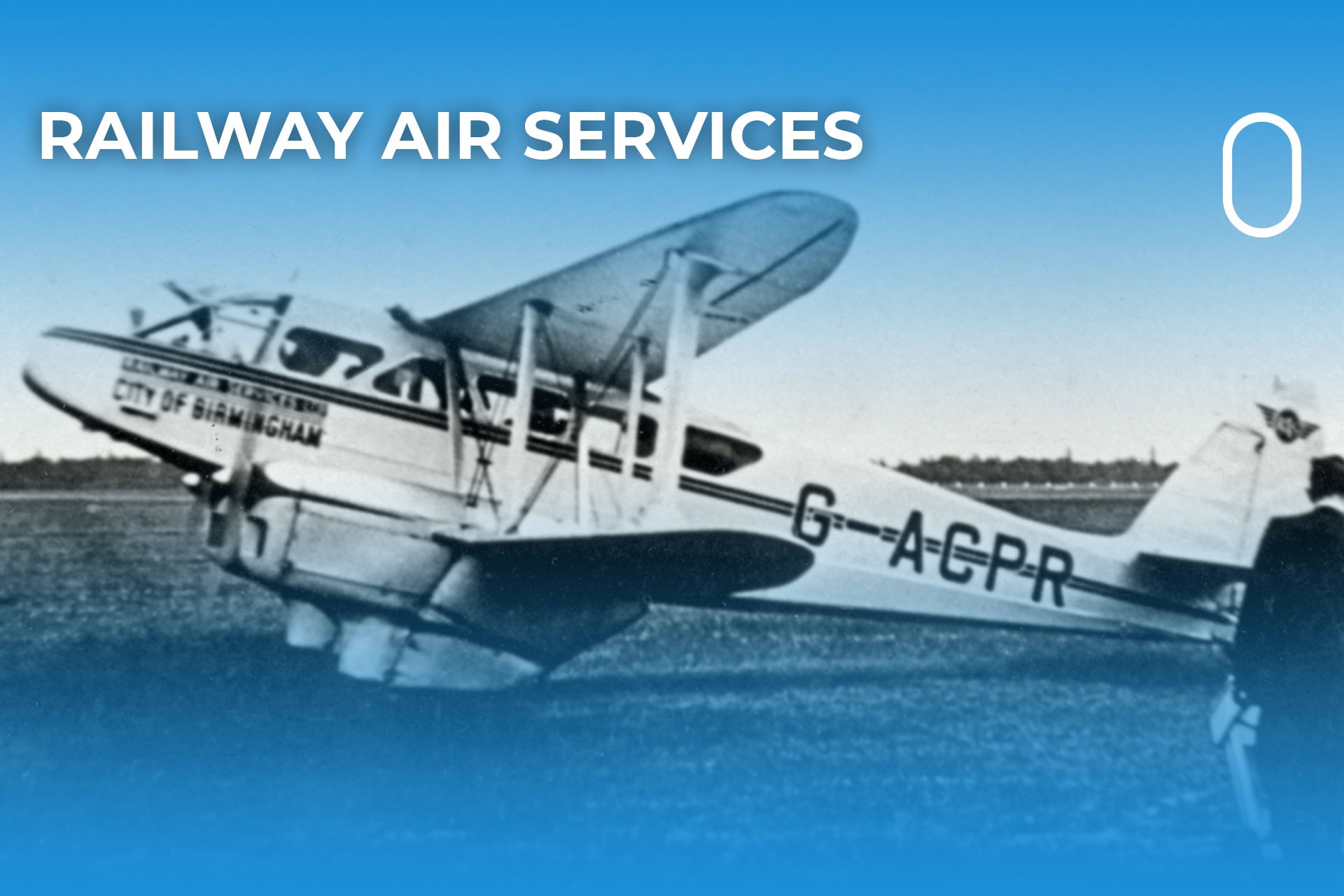 The history of the former British rail air services

Railway Air Services (RAS) was founded in 1934 when Britain’s four main railway companies – Great Western Railway, London Midland & Scottish, London & North Eastern and Southern Railway – joined forces with Imperial Airways. At the time, air passenger transport was still in its infancy, with the train being the usual mode of transport for people wishing to move around the country.

Where the trains however, this was in Ireland, the Scottish Isles and the Channel Islands. For example, you could travel between London and Belfast in four hours by plane, but if you made the same trip by train and boat, it would take 11 hours and 30 minutes.

The railways and Imperial Airways have both benefited

For the railways, a partnership with Imperial Airways made perfect sense. By forming a partnership, the railways and the airline benefited because they were not competing with each other. Imperial Airways agreed to provide everything for the flying side of the business, including aircraft, pilots, maintenance and airfields. For their part, the railways agreed to take care of the administrative tasks, ticket sales and marketing.

Before the Second World War, the two main bases of Railway Air Services were at London Croydon Airport, the country’s only international airport between the wars, and at Liverpool Airport. In 1934 Railway Air Services’ most important route was between London and Glasgow, with stops in Birmingham, Manchester/Liverpool and Belfast.

The route began on August 20, 1934, with one flight per day in each direction using newly delivered de Havilland DH.86 Express biplanes. A larger version of the de Havilland DH.84 Dragon, the airliner featured four engines and could carry up to 16 passengers. The primary purpose of the route was to provide a connection for passengers to connect to Croydon for Imperial Airways flights to mainland Europe.

Unhappy with the small aerodrome at Barton which was the gateway to Manchester in winter, Railway Air Services moved its flying operations from the northwest to the much larger Speke aerodrome in Liverpool.

During World War II, the government restricted civil aviation and commandeered the railroad air service fleet for the war effort. The aircraft were primarily used for military communications flights in the British Isles until the Royal Air Force (RAF) took over these duties in 1940. RAS was responsible for flying government ministers, mail and priority passengers between Liverpool, Belfast and Glasgow.

The BEA changed everything in 1947

At the end of the summer of 1946, the British government created the British European Airways Corporation (BEA), a public company. The BEA was immediately granted the monopoly of routes within the UK and continental Europe. At first, RAS operated all its flights on behalf of BE A before closing shop on January 31, 1947. BEA then acquired all the RAS planes and gave jobs to its employees

KLM has partnered with Thalys to provide a train between Brussels and Schiphol. Photo: KLM

Here we are more than 80 years later, and the railroads and airlines are wondering how they can enrich each other, as they did in the 1930s. Austrian airlines has partnered with national rail operator ÖOB to replace short-haul flights in Austria with train journeys. Dutch national flag bearer KLM did the same by replacing flights between Brussels and Amsterdam with a Thalys high-speed train. This trend could very well continue as the industry strives to reduce carbon emissions and work towards a greener planet.

What do you think? Please tell us your thoughts in the comments.