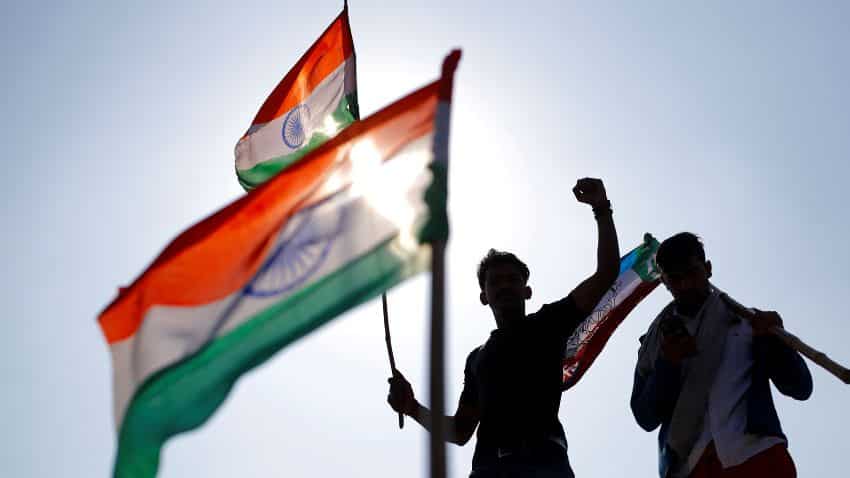 In February-March 2022, at the start of the Russian-Ukrainian war, thousands of Indian students were stranded in a war zone, cut off from supplies, food and basic necessities and ordered to return to their country. Colleges and universities were closed and Ukrainians moved to safe places, taking refuge in neighboring countries, but foreigners were left defenceless. The Indian students who studied there did not know how to escape and were desperately looking for a way out. The Ukrainian administration could not provide a solution or help or come to the rescue, as they themselves were caught up in the sudden war.

Luckily for Indians, Russia has announced that it will allow Indian students to return safely to their home country, if they travel to the nearest airport with the flying Tiranga or placed on their vehicle. Over the next 13 days, in the midst of war, around 18,000 Indian citizens were evacuated and rescued and brought back to their homeland. It was our national flag, not money, wealth, high connections or network, that saved Indians from a war zone. In fact, not only Indians, but also Pakistanis and Turkish nationals used our Tiranga to return safely to their country, as Russian warplanes announced that they were not targeting any vehicles flying over Tiranga.

This is our life-saving Tiranga – Priceless.

Our national flag, however, has had its own set of difficulties and trying journeys. In 1904, still under British rule, the first known Indian flag was made by Sister Nivedita, an Irish disciple of Swami Vivekananda. The flag was red and contained a yellow ‘Vajra’ (thunderbolt) figure and a lotus. There were the words “Bonde Matoram” written in Bengali.

On August 21, 1907, the Indian national flag was unfurled for the first time in a foreign country at an international socialist conference in Stuttgart, Germany by the fiery Bhikaji Rustom Cama who was staying in exile outside India. A thousand representatives from around the world attending the conference stood and saluted the flag. She announced, “This is the flag of independent India. I call on all gentlemen to rise and salute the flag,” drawing attention to Britain’s human rights, equality and self-reliance.

The flag she unfurled was co-designed by Cama and Shyamji Krishna Varma. In the flag, the top green band had eight blooming lotuses representing the eight provinces of pre-independence India. ‘Mataram Band‘ was written on the center saffron stripe in Hindi. On the lower red band, a half moon was on the right and the rising sun on the left, indicating Hindu and Muslim faith.

In 1931 Pingali Venkayya designed the tricolor with a ‘charkha’ (spinning wheel) in the centre, and this was adopted as the official flag of the Indian National Congress.

On December 30, 1943, Netaji Subhas Chandra Bose was the first freedom fighter to raise the Indian flag in Port Blair, Andaman, a territory occupied by the British, and heralded the islands as the first Indian territory liberated from British rule. The place to hoist the flag was the Gymkhana Ground (now named Netaji Stadium).

In 1947, the then official flag designed by Pingali Venkayya was adopted as the national flag of India, but the ‘charkha’ in the center was replaced by the ‘Ashoka Chakra’ (a wheel with 24 spokes). And hence, our mighty national flag came into being on July 22, 1947, days before India gained independence from the British on August 15, 1947.

There have been regions in our country where citizens have found it difficult to hoist or unroll the Tiranga, such as in Assam and Kashmir. In Assam, the banned terrorist group ULFA since its inception in 1979 has issued calls for boycotts and celebrations of Independence Day and Republic Day. For decades it has prevented any celebration, killed the spirit of freedom, happiness and joy and forced to rejoice these days. Therefore, there were only small, moderate official events. Kashmir, on the other hand, has always been under Pakistani-backed terrorist influence which has also prevented the celebration of Independence Day, Republic Day and the hoisting of the national flag. However, in 1991, our current Prime Minister Narendra Modi, as an active member of the political party and a member of the national electoral committee of the party, conceived, designed and planned an Ekta Yatra with the challenge of hoisting the flag in Kashmir Lal Chowk. Death threats and warnings were given but in 1992, 26e January’s Republic Day saw history made when he and Murli Manohar Joshi unfurled the Tiranga, the national flag in Lal Chowk.

On January 26, 2002, the Indian flag code was changed and after several years of independence, citizens of India were finally allowed to fly the Indian flag over their homes, offices and factories on any day and not just the days national as it was. earlier. Under the revised flag code, Indians can now proudly display the national flag in their homes 24 hours a day, including at night, as long as the provisions of the flag code are strictly adhered to to avoid any disrespect towards the tricolor. .

From August 13 to August 15, 2022 as part of the celebration of ‘Azadi Ka Amrit Mahotsav’, the 75th anniversary of the country’s independence, at the call of Prime Minister Narendra Modi, 154 crores (1.54 billion) d ‘Indians brought the Tiranga home. A record hoisting movement of the flag around the world, showing respect, love and affection for our national flag, the tricolor, symbol of freedom.

A mass nationalist movement never seen before in the past 75 years and immense pride for all Indians. Our nation was colored in Tiranga and a new history was written.

(The article is written by Mita Nath Bora, researcher and writer working in the fields of public policy, governance, social work and CSR. She is a senior research analyst at RMP, Maharashtra. With a university background in economics, management and law, she tackles various issues of national interest by putting fact before fiction.).