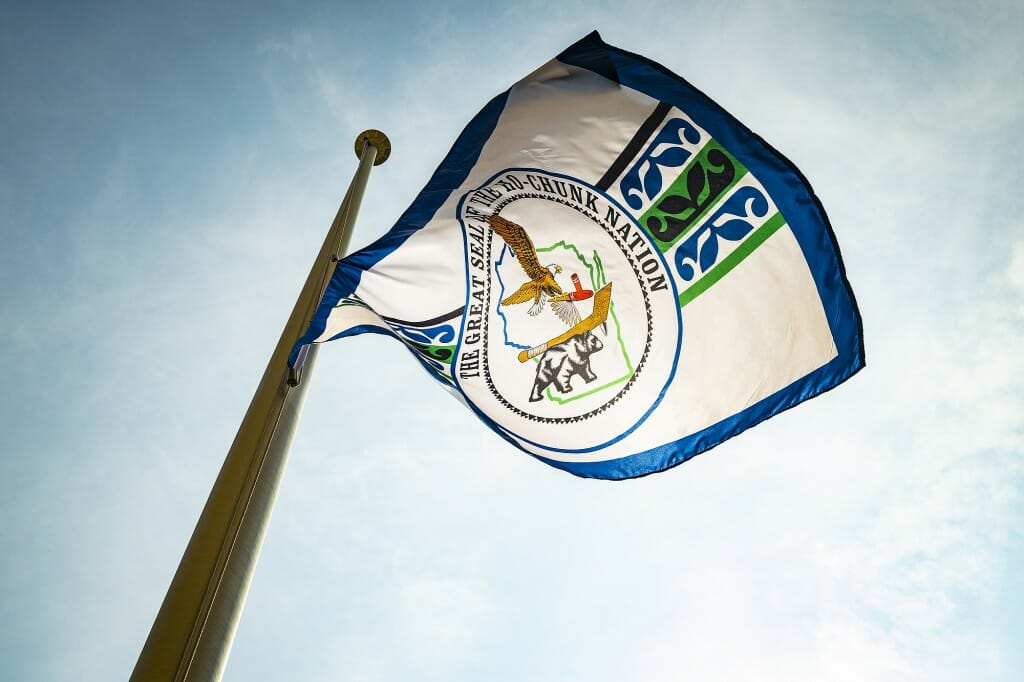 The Ho-Chunk Nation flag will fly on campus this week

The Ho-Chunk Nation flag will fly on the UW-Madison campus from October 10-17, in recognition of Indigenous Peoples Day on October 10.

A brief program will begin at 9 a.m. Monday outside Bascom Hall. It will include remarks from representatives of Wunk Sheek, the Indigenous student organization at UW-Madison. Mad Town Singers student drummers will provide a flag song.

The event is open to the public.

During the fall 2022 semester, UW-Madison flies the Ho-Chunk Nation flag for more than six weeks, including a week in September, a week in honor of Indigenous Peoples Day in October, and the entire Native American National Heritage Month in November. .

The waving of the Ho-Chunk flag at the start of our academic year highlights our fundamental relationship with the Ho-Chunk people. It is also a reminder of our continued commitment through the university’s Our Shared Future initiative to educate the campus community about Ho-Chunk culture, First Nations history, and to recognize the land as home. ancestral to the Ho-Chunks, who have ruled this land since time immemorial.