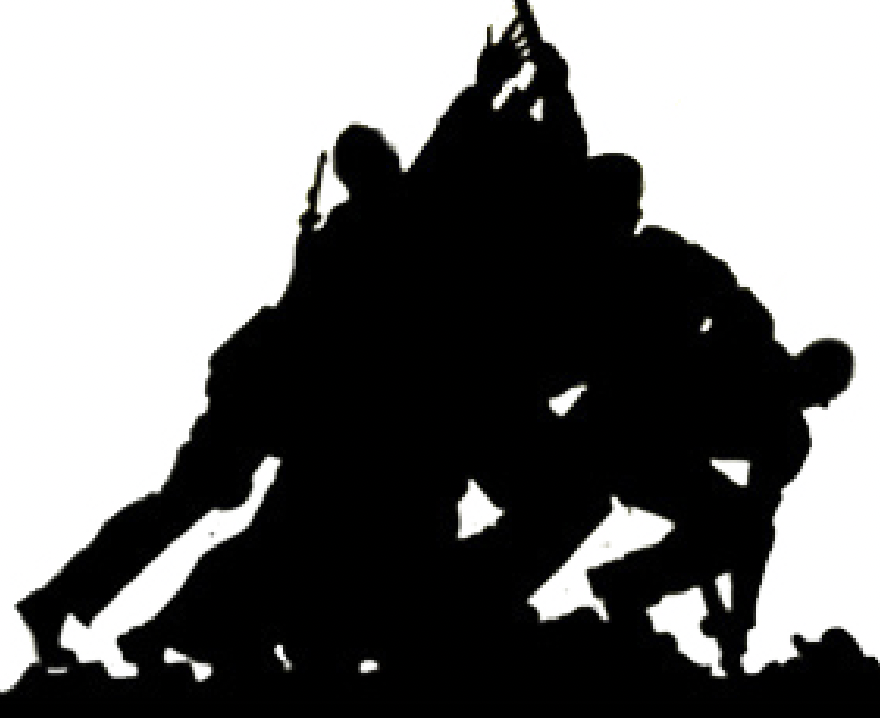 The latest issue of the English-language magazine produced by ISIS in the Afghanistan region features a silhouette of the Iwo Jima memorial and depicts the ISIS flag being hoisted in place of the American flag.

The picture in Voice of Khurasanpublished by the Al Azaim Foundation for Media Production of ISIS Khorasan Province, is used to illustrate an article on the rejection of attempts “to inject the virus of divisions into our ranks” and “to unite the dispersed ummah” . [Muslim community].”

“On the one hand, the disbelievers [disbelievers] have divided this nation into many branches with empty chants of nationalism, patriotism, socialism, etc., and on the other hand, they have sown discord among ordinary Muslims regarding matters of religion,” the article states. . “They want this Ummah to remain divided, because that is the secret formula for their security.”

While arguing that an ISIS caliphate would unite all Muslims, the article denounced “many factions raising empty chants of jihad and sharia and shedding crocodile tears for the Ummah, lamenting disunity of the Ummah and showing some futile attempts to address these issues. disunity.”

The same magazine issue discusses some reasons why Muslims “stay away from jihad” and claims that some would-be jihadists “lack attributes of manhood”.

“When a man possesses the qualities of women and children, he prefers to stay at home like women and children, but when a man possesses the attributes of manhood, he cannot tolerate shamelessness for a moment thinking of his sister filling the dark prison chambers of filthy disbelievers and the holy ground of Islamic lands trampled by the impure footsteps of the infidels,” the magazine states.

Another reason “behind the abandonment of jihad by many pious and mujahideen men”, claims ISIS-K, is “the hardships due to wife and children”.

“Children make a father stingy and heartless, because the person is prevented from fighting in the way of Allah for the sake of his children, and for the sake of the children he withholds his possessions from others,” says the magazine.

Last month, Voice of Khurasan referenced the August execution of a search warrant at Mar-a-Lago and the reactions of former President Trump and Donald Trump Jr. in saying the United States has descended into a “banana republic” ripe for an “Islamic storm” in the group’s favor terror.

The terror group claimed that “failure at the national level” was “the direct result” of international security spending “particularly on Muslims”, and predicted that citizens living under “serious frustration…seeking a solution to their difficult situation” could be converted. in “an Islamic storm”.

“And preventing the repetition of Islamic history on American soil is far beyond the ability of helpless and arrogant American politicians,” ISIS-K added. “And the winds of change are clearly being felt.”

The terror group has sounded off on other US domestic issues recently. In July Voice of Khurasan issue, ISIS-K has called the mass shootings and other gun violence in America a “tit for tat” and an “undesirable” population control agenda “that, despite white supremacist or shooter motivations nationals motivated by grievances, is divine retribution for the United States’ war on terror.

After citing statistics on gun violence, the article exposed ISIS’s ideological motive by expressing concern over mass shootings committed by perpetrators other than their own agents, stating that America “n ‘has ever considered that their useless war against Islam, in the name of the ‘war on terror,’ will be answered in a divinely dictated way, when a shooter having nothing to do with Islam and ‘ radicalization’ (in their own words) hosts a mass gathering of American civilians with multiple rounds of automatic rifle, killing people like the ‘zombies’ do in video games.

“Americans will be rewarded so divinely, by the Lord of the worlds, until they withdraw from their belligerent foreign policy,” the article concludes.

In a May issue, the magazine touched on recent hot topics in the culture war and talking points arising from the debate on issues such as sex education, LGBT acceptance and teaching about evolution as that the group maintained that “democracy and all that emanates from it is retarded and evil” and attempted to seduce recruits for their extremism.

“These democracies teach children, from the age of six, about sex and sexually transmitted diseases as part of their curriculum, as well as drug abuse in order to prevent the new generation from being influenced by the evils widespread from their societies,” ISIS-K said. says the article. “There is a culture of free mixing in educational institutions where they are encouraged to learn, try and test sexual activities with each other. Homosexuality is taught as something normal and part of the genetic makeup and that we should be tolerant of people with such tendencies. Education is secular taught through the lens of atheism using crazy, disproved ideas like evolution to try to fill the void.

“Do you really want to live in a society that has no boundaries allowing and tolerating all possible opinions and practices?” said the terrorist group.

ISIS-K also published an article promoting the dissemination of disinformation as a “duty” of jihadists in order to deceive and ultimately divide their enemies and a tactic that should be considered “part of the policy of war”, as well as an article urging a concerted focus on “social media warfare” as essential to advancing on the ideological battlefield and countering the pull of “enchanting” social media influencers.