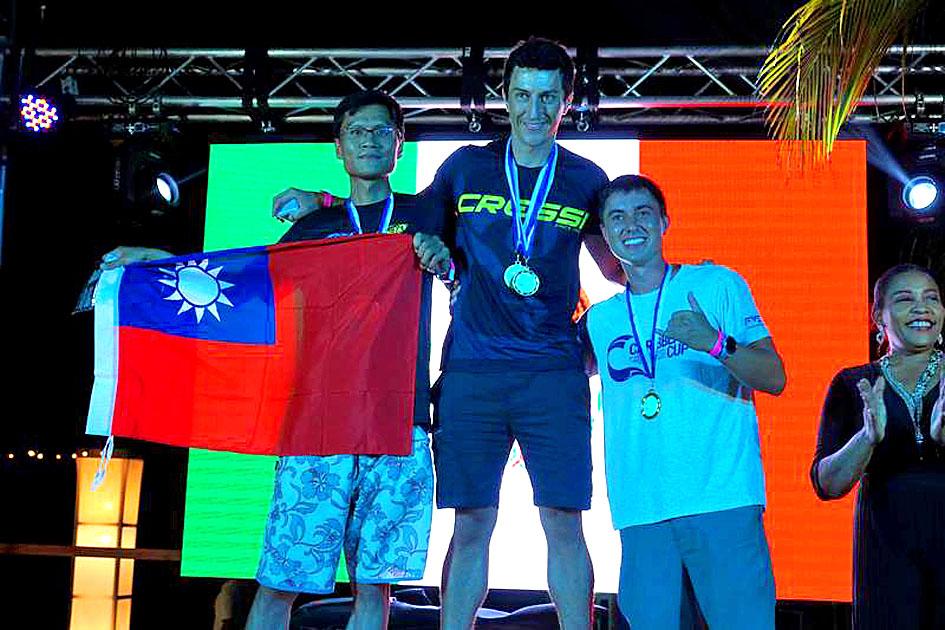 The ministry denounces an apnea organization to change its name

The Foreign Office yesterday accused the world’s largest freediving organization of self-censorship, after it attempted to have Taiwanese divers compete under the name “Chinese Taipei”.

The International Association for the Development of Freediving (AIDA), which organizes freediving competitions around the world, held this year’s AIDA Caribbean Cup on the Honduran island of Roatan from May 15 to Tuesday.

Huang wrote on Facebook on Wednesday that the two athletes discovered that their nationality had been changed from “Taiwan” to “Chinese Taipei” on the schedule published before the start of the event.

Huang and Lien immediately protested the move to AIDA, which only relented after both divers threatened to drop out of the competition, he wrote.

The ministry said in a statement yesterday that it “commends Huang and Lien for their tireless efforts to uphold the nation’s dignity and compete brilliantly as Taiwanese athletes.”

“AIDA’s decision to change the name of our country stems from political self-censorship. These actions have undermined the dignity of our country and the rights of our athletes, which the ministry condemns with just indignation,” he said.

Taiwan urges the organization to respect the opinions expressed by the overwhelming majority of its members, as well as the professionalism and integrity of sport, instead of bowing to undue political influence from China, he said. added.

Last year, the organization removed Taiwan’s flag from a live broadcast of the AIDA World Individual Deep Apnea Championship in Cyprus, which was attended by Taiwanese divers, sparking protests from Taipei.

Comments will be moderated. Keep comments relevant to the article. Remarks containing abusive and obscene language, personal attacks of any kind or promotion will be removed and the user banned. The final decision will be at the discretion of The Taipei Times.