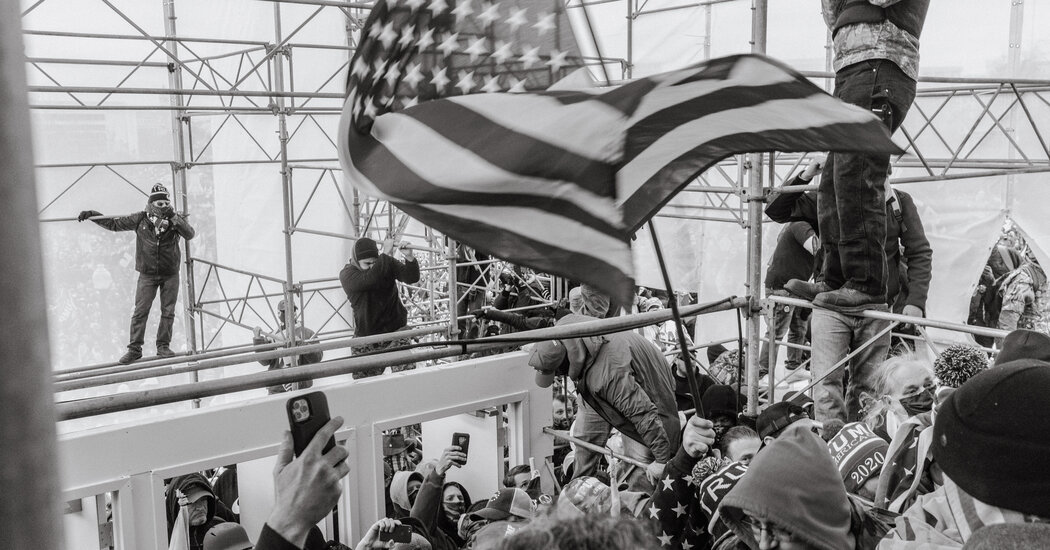 The Next Big Lies: January 6 Wasn’t a Big Deal or a Leftist Conspiracy

The case of Ray Epps

In a feature of the time, what many Americans are willing to believe about January 6 – a day thoroughly documented in real time by reporters, attendees, and cable TV, and recreated in the hundreds of cases gathered by federal prosecutors – is determined by their policy, not by the facts. And in the midst of a seemingly endless pandemic marked by puzzling public health messages and government mandates, these fictitious and conspiratorial accounts of the riot have obvious appeal, especially to Trump supporters alienated from mainstream institutions after his election. tumultuous presidency and its electoral defeat.

“When I talk to people on my side of the aisle, they’ll say a litany, ‘They lied to us here and flip-flopped about it,” said Sean Spicer, M’s former press secretary. Trump who is now hosting a press conference. show on Newsmax. â€œThere is such a belief that the mainstream media and most of our big institutions are no longer looking for people. He added, “So when somebody starts a conspiracy it’s, ‘Why not? It is just as plausible.

Adherents constructed personas to back up their claims that anti-fa infiltrators or federal agents were the ones stoking the crowds, in some cases as events unfolded in Washington. One is a man named Ray Epps, a Trump supporter who was filmed on the night of January 5 urging his compatriots to “enter Capitol Hill” the next day.

Some in the crowd responded approvingly, â€œLet’s go! sounds an answer.

â€œPeacefully,â€ Epps said, just before others started chanting â€œFed, Fed, Fed!â€ to the man who at 60 stood out in the much younger crowd.

Mr Epps, who lives in Queen Creek, Ariz., Where he owns Rocking R Farms and Knotty Barn, a wedding and event venue, according to PolitiFact, appears in another video taken the next day. He is seen shouting to a crowd, â€œOK, folks, spread the word! As soon as the president finishes speaking, we go to the Capitol. The Capitol is in that direction.