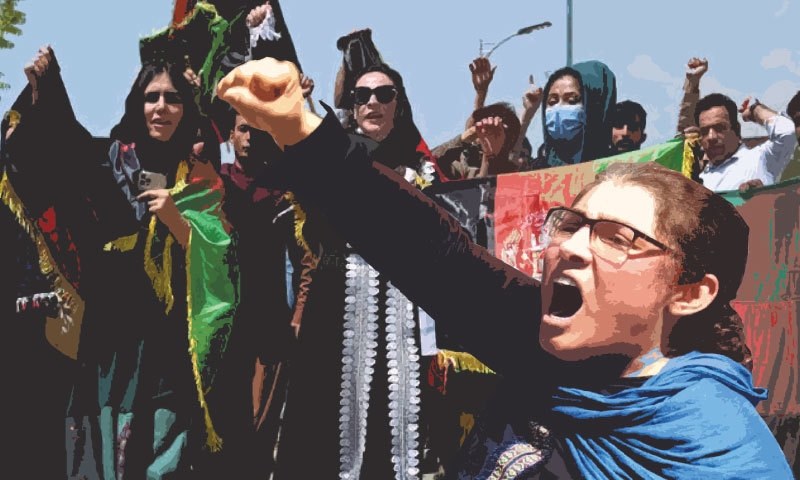 On August 18 of this year, just days after the capture of Kabul by the Taliban and the overthrow of Ashraf Ghani’s government, riots broke out in parts of Afghanistan when Taliban soldiers began to withdraw Afghan national flags. buildings, replacing them with their own. These protests took many by surprise, as the Afghan army and anti-Taliban warlords had been easily overpowered by the Islamist group.

Some observers insist that this group of Taliban is somewhat “different” from the one that ruled the country from 1996 to 2001. But if they are not as tough as the Taliban of 1996, it is because this is not the Afghanistan of 25 years ago. . An entire generation has grown up in Afghanistan since the ousting of the “old Taliban” by US forces in 2001. The new generation of young Afghans, at least in the urban areas of the country, have little or no tangible memory of it. first Taliban regime. Just horror stories.

Flags are curious symbols. Pieces of fabric, they can evoke powerful emotions. According to TH Eriksen and R. Jenkins in their book Flag, nation and symbolism in Europe and America, flags are one of the pillars of nationality. But Eriksen and Jenkins add that flags have been around for centuries, or long before modern nation states began to emerge from the 18th century.

They write that the ancient flags had no association with the nations, as such, for there was none. The idea of â€‹â€‹nation states based on shared histories, languages, religions, etc., is no more than 250 years old. Therefore, â€œpre-modernâ€ flags were either identifiers of religions, particular religious sects, or ancient empires and their armies.

A lot of thought goes into formulating a national flag. Today there is a whole field of study devoted to research on the history, symbolism and use of flags. It’s called Vexillology. The colors and symbols used on national flags represent the â€œnational valuesâ€ of a country. For example, most of the former communist countries often used the color red in their flags because the red was associated with socialism. They also used symbols such as hammer and sickle or other devices associated with peasants and / or workers in industry (the proletariat).

Flags can evoke powerful emotions, as can be seen in the anti-flag protests in Afghanistan. The 2013 version of the Afghan national flag now remains the only link between the younger generation and the country in which they grew up.

Meanwhile, the color blue is predominant in the flags of most western countries. Some vexillologists understand this to symbolize liberal democratic values. Most of the Muslim majority countries use the color green because, over the centuries, green has become the symbol of Islam. Yet it is not the color green as such, but the star and crescent symbol that is even more common on the flags of predominantly Muslim countries.

There are various theories as to why green has come to symbolize Islam. According to Martin Hinds in Studies in ancient Islamic history, the colors white and black were frequently used on the flags of the early Islamic empires. The flag of the first great dynasty of Islam, the Umayyads (661-750 CE), was completely white. The Abbasid Caliphate, which emerged after overthrowing the Umayyads, adopted a black flag to differentiate itself from the defeated Umayyads.

Interestingly, according to the 15th edition of The New Encyclopaedia Britannica, it was the Fatimid Shia-Ismaili Caliphate (909-1171CE) that first used the color green on a flag of a Muslim empire. Later, the symbol of a lion was added to it.

The Mughal Empire of India (1526-1857 CE) also adopted a green flag with the symbol of a golden lion, but added a rising sun to it. Although most vexillologists are of the opinion that indeed, green flags began to symbolize Islam from the Fatimid period, others find this theory problematic in relation to the green used in the flags of Muslim countries. predominantly Sunni.

They postulate that “Islamic green” in this context can be understood to be derived from how it is associated with heaven in the Qur’an. However, according to religion professor H. Talat Halman, the reason why green can be found on the flags of predominantly Sunni and Shia regions has a more obscure source in the form of the elusive, “immortal” and mythical figure. of an Al-Khizar who in many Islamic traditions is explained as “The Green”, who was the righteous servant of God, possessing great wisdom and mystical knowledge.

The star and crescent symbol which is more ubiquitous on the flags of predominantly Muslim countries was first used by the Ottoman Empire (1299-1922 CE), although it was not adopted until ‘in the 18th century.

Interestingly, the star and crescent symbol that became common on the flags of most Muslim majority nation states, was also used in the past on the flags and coins of pre-Islamic empires in Greece, too. Rome and Persia. In fact, according to Franz Babinger, in the anthology Mehmed the Conqueror and His Time, the Ottomans adopted the star and crescent symbol from the Byzantine Christian Empire which they conquered in the 15th century.

The star and crescent often appear on the flags of various modern Muslim nation states, mostly against green, white, or red backgrounds. Other recent additions to the flags of majority Muslim countries were the inscription of the name of Allah, the phrase Allahu Akbar (God is great) and the Kalima-i-Tawhid, one of the main statements of belief in l ‘Islam.

Saudi Arabia was the first country to put the kalima on its flag (in 1932). The word Allah was added to the Iranian flag after the 1979 revolution in Iran, and the phrase Allahu Akbar was placed on the Iraqi flag during the First Gulf War in 1990.

The Taliban put the kalima on their flag against an all-white background in 1996. It also became the new Afghan flag. Even though the post-Taliban regime in Afghanistan re-launched the black, red and green Afghan national flag in 2002, it co-opted the kalima on that flag in 2013, perhaps to offset the lure of Taliban insurgents.

In the videos of the flag protests in Afghanistan, it can be clearly seen that the majority of the protesters were young men and women. After the demise of the previous Afghan government and army, the 2013 version of the Afghan national flag remains the new generation’s only connection to an Afghanistan they grew up in, but is now subject to overthrow.