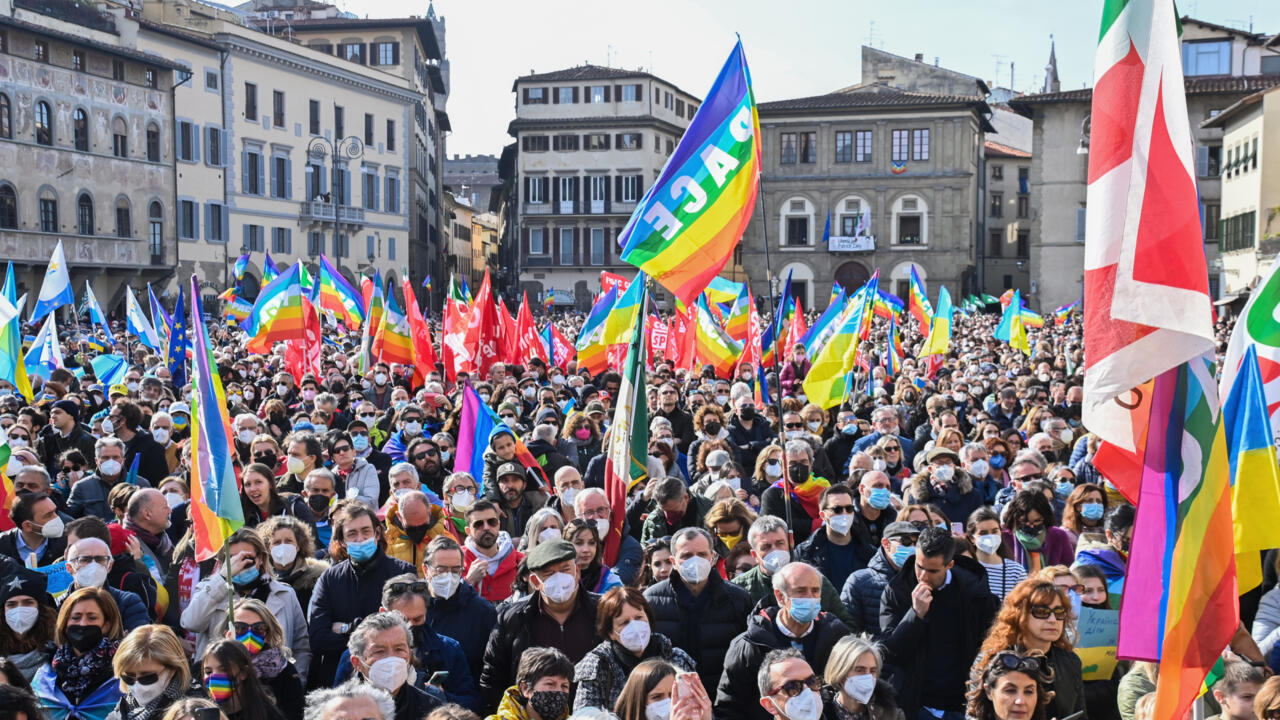 Florence (Italy) (AFP) – Thousands of people gathered in the Italian city of Florence on Saturday to show their support for Ukraine after the Russian invasion, with Ukrainian President Volodymyr Zelensky appearing via video link.

The plaza outside the Basilica of Santa Croce became a sea of ​​rainbow peace flags dotted with blue and yellow, the colors of Ukraine’s national flag.

In an address shown on the big screen, Zelensky told the crowd that his country was being bombarded “around the clock”, targeting schools, hospitals and residential areas, “even churches, even squares like yours”.

According to an Italian translation, he said 79 children had been killed in the conflict so far, saying Europe must “not forget”.

The demonstration was organized by the mayor of Florence, Dario Nardella, also president of the Eurocities network of more than 200 cities in 38 countries.

In France, several hundred people gathered in Paris and several other French cities to show their support for Ukraine and denounce the Russian invasion.

During recent protests, many protesters wore blue and yellow badges, the colors of the Ukrainian flag. Some placards called for a boycott of Russian oil and gas.

More than 40,000 people traveled across France last weekend, including 16,000 in Paris.