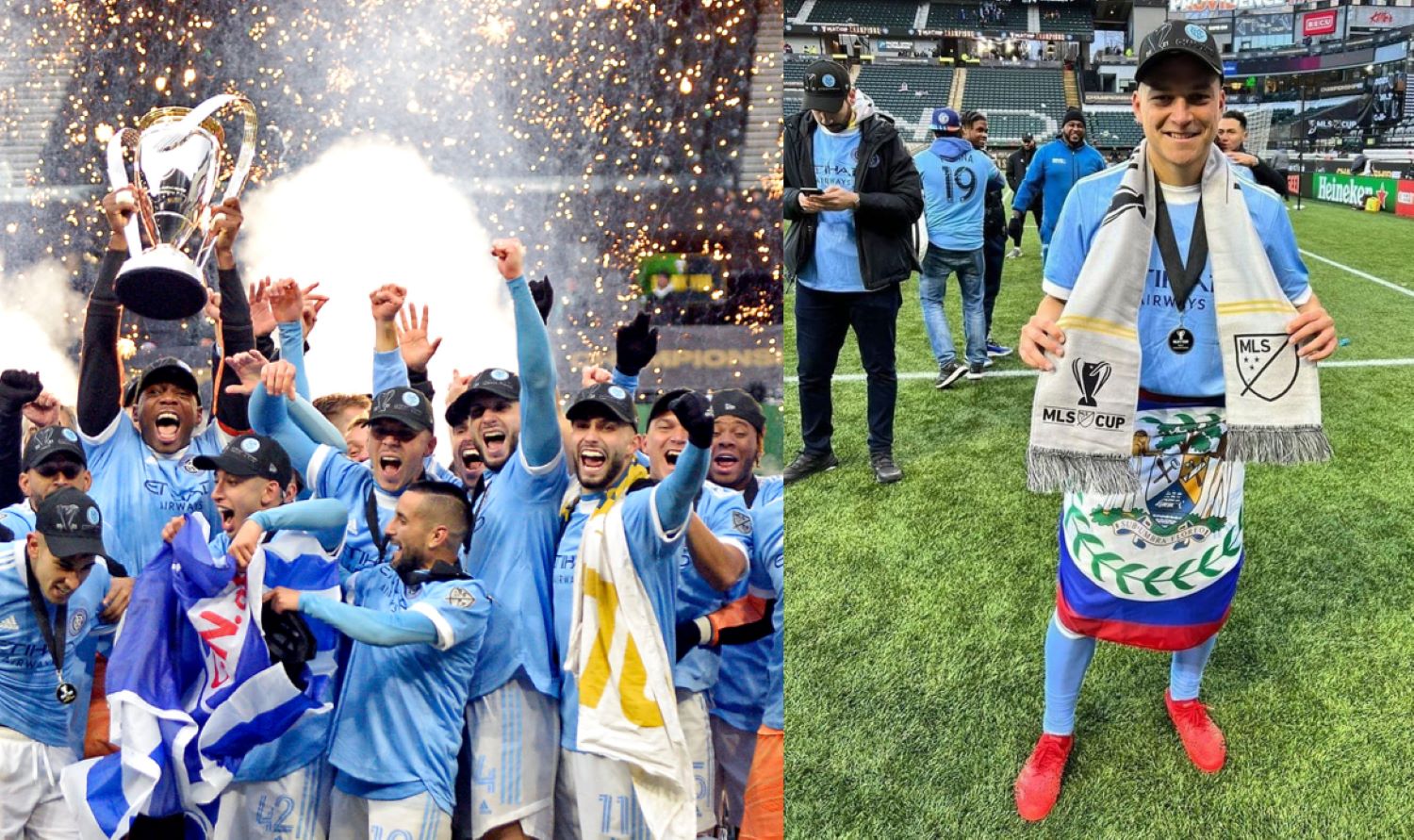 The Rocha team, New York City FC (NYCFC) on Saturday won the MLS Championship 4-2 in a penalty shootout against then-home Portland Timbers in Portland after a 1-1 draw in 120 minutes of play.

“It’s always a big day when Belize is pictured on the big screen !! The FFB congratulates you Tony Rocha! Thank you for representing the jewel. wrote on FFB on Facebook.

After the game, Rocha celebrated the first NYCFC title by wrapping himself in the national flag of Belize.

Although Rocha did not make the final, he has made two playoff games this season.

Rocha left Orlando City three years ago and joined the New York squad in December 2018. Since then he has played 36 games for the NYCFC.

Rocha, born in Spring, Texas, has dual citizenship and has represented Belize with the Belize Men’s National Football Team (BMNT). He has three caps with the national team since his call in September 2019.

The only other Belizean to have played in MLS is Mike Salazar who played for the Montreal Impact and the Houston Dynamo. Salazar now plays in the United States Soccer League (USL) for Memphis 901.

Check out elize’s most visited news site ~ We offer fully customizable and flexible digital marketing packages. Your content is delivered instantly to thousands of users at home and abroad! Contact us at [email protected] or call us at 501-601-0315.

© 2021, BreakingBelizeNews.com. This article is the copyright of Breaking Belize News. Written permission must be obtained before reprinting in online or print media. REPRINTING CONTENT WITHOUT AUTHORIZATION AND / OR PAYMENT IS THEFT AND PUNISHED BY LAW.