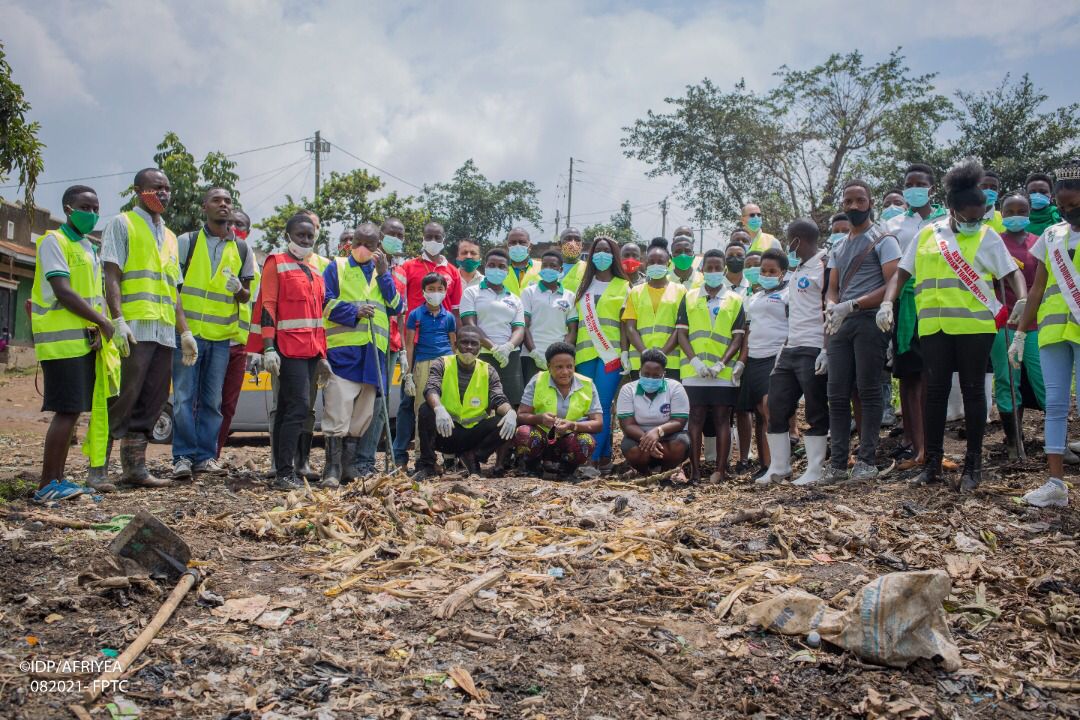 The campaign titled “Free Fortportal City and the Mpanga River from Plastics” is an initiative launched in 2020 by AFRIYEA, a youth-led organization with the aim of inspiring and motivating environmental conservation.

This is done through various innovative means such as recycling non-biodegradable materials to reduce the plastics that had congested the Mpanga River, the main water source serving seven districts in the Rwenzori region.

The river flows from the Karangura Mountains through the town of Fortportal, Kamwenge, Kyenjojo Kitangwenda to Lake George crossing approximately 270 km.

At the official campaign flag ceremony, Kahunde pledged to help conserve the environment and pledged to team up with AFRIYEA to add a voice to free the river from plastics.

“We believed that joining the campaign would help inspire young people and the community at large to always exercise caution and raise awareness that conservation is in our hands. Because we are the future beneficiary of conserved nature, ”Kobusinge told the media.

“Hospitality is what defines Tooro, so volunteering has nothing to do with the ranks and positions we hold in our community, but has something to do with togetherness to achieve a common goal for the future. sustainability and the development of Tooro. Thank you AFRIYEA ”, she added.

Lieven Peters, the country director of the Islands of Peace applauded AFRIYEA for the great initiative to free the river from plastics which have caused a lot of damage to soils and biodiversity.

“The generation of aesthetic pollution, plastic residues directly affect soil properties, causing crop growth retardation, affecting agricultural operations and potentially harmful to wildlife by ingestion. We are happy to have for this partnership with an organization like AFRIYEA.

The event was also honored by Mark Kateeba, a staff member of the Ministry of Lands, Richard Muhumuza (Mayor of the Central Fortportal Division), Peter Nsamba (Project Director at AFRIYEA).

“About 1.2 million depend on river water and if we don’t take this campaign seriously, we will lose the river to plastics. As an organization, we have already launched a common sustainable plan for the river which will be used to clean, protect and restore it, which will ensure that different partners play different roles. Nsamba stressed.