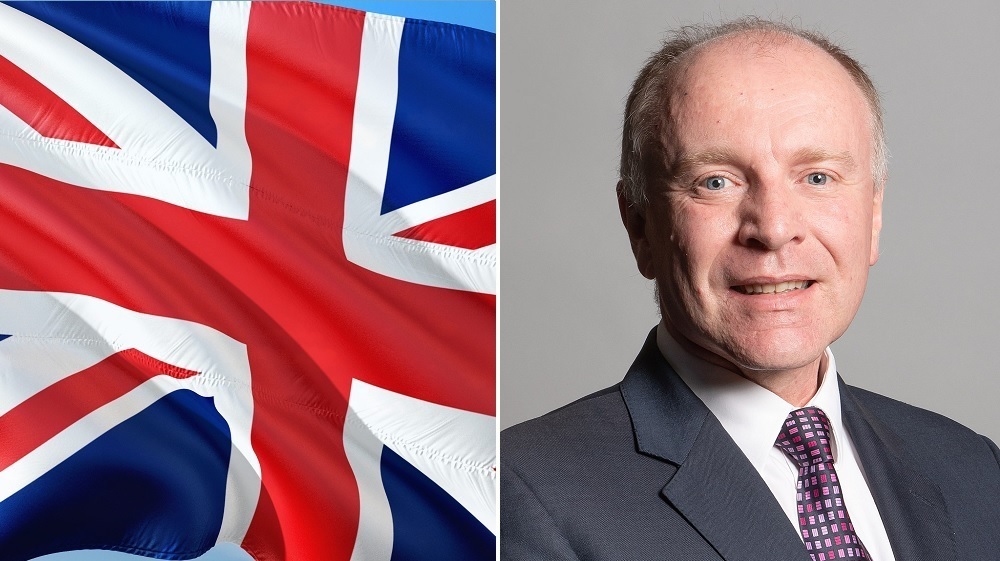 A Tory MP has suggested British identity is more “valued and respected” than Welsh.

Marco Longhi made the suggestion when expressing his support for a petition to make the Union Jack branding a “legal requirement” on Welsh number plates.

The MP for Dudley North also told the right-wing London-based news agency the Express that “separatist parties won’t like this”, when he made his case.

He said he was “very proud to support” the petition to have all new UK number plates carry the flag whether vehicle owners like it or not.

The Tory politician argued that the Union Flag enjoyed high ‘recognition’ overseas and claimed the flag of Wales did not.

His support for the petition follows that of English Conservative MP Andrew Rosindell, who previously called on children to sing God Save the Queen in school assemblies, at least once a week.

In support of the petition, Marco Longhi told the Express: “Having lived and worked across Europe and the Americas, I know how recognized the Union Flag is overseas. This n Not so with our individual flags for England, Scotland, Wales or Northern Ireland – that’s a fact.

“Separatist parties won’t like it, but our union identity is much more identifiable and a symbol, a brand, valued and respected. So anything that supports our union is something I would be very proud to support, including a flag on a license plate!”

The petition which was started by Daniel Homer states: “The Union Flag is a symbol of the unity and strength of our United Kingdom and is much loved both at home and abroad.

“Now that the UK has left the European Union, we, the undersigned, call on the UK Government to display the Union flag on all new UK vehicle registration plates.

“At present the number plate is optional and the flag is not mandatory, we are asking the government to change the rules to ensure that all new plates are sold with the flag, as a legal requirement.”

Longhi has previously suggested that access to Welsh beaches is a fundamental right for his constituents.

He complained to the House of Commons that the nearest beach is in Wales and access is “almost mission impossible”.

He made the comments during a debate titled Connectivity and infrastructure in Wales and across borders. The UK government is investigating the matter.

In response to a question from Longhi, Secretary of State for Wales Simon Hart said improving “cross-border holidays” between Wales and the West Midlands was “exactly what the exam”.

He added that this is partly because it brings “satisfaction to the people of Dudley”.

Marco Longhi said: “My Italian ancestors always understood the importance of sunshine, sandy beaches and full-bodied, beautiful ice cream, but for those who live in Dudley, the nearest beach is in Wales and the access is nearly mission impossible.

“What can my right hon. friend do to improve the well-being of my constituents by improving access to these fundamental rights? »

Simon Hart replied: “Unfortunately we cannot move Dudley, but what we can do is take the Union Connectivity Review forward and strengthen ties.

“I know my darling. The friend is very much part of the world. Of course, cross-border holidays and other activities between the West Midlands and Wales are well known and we want to improve them.

“That is exactly what the review is about, because we know it brings not only satisfaction to the people of Dudley, but also economic prosperity in both areas.”