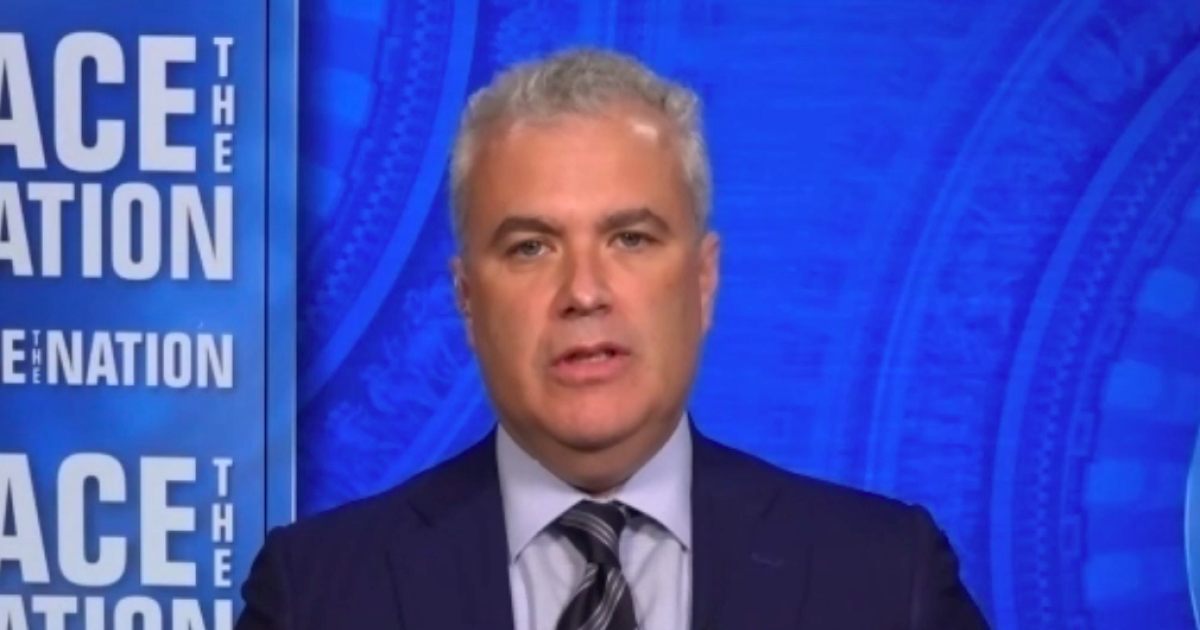 The following is a transcript of an interview with the White House COVID-19 Response Coordinator
Jeffrey Zients airs Sunday July 4, 2021 on “Face the Nation”.

ED O’KEEFE: Our thanks to the reporting by Mark Strassmann from Atlanta. We now turn to White House COVID-19 response coordinator Jeff Zients. Hello and good fourth. Jeff, thanks for being with us. You know, we’ve come a long way since–

ED O’KEEFE: Yes. And we’ve come a long way since July 4th. And, you know, that’s a lot of science, but should we really be declaring our independence right now from the pandemic?

ZIENTS: Well, ED, let’s take a step back here. We’ve made a lot of progress, I think more progress, it’s fair to say, than anyone expected with two in three Americans now with at least one shot of the vaccine and most importantly, almost 90% of those 65 and over with one shot and almost 80% fully vaccinated. This is particularly important because we have started the vaccination campaign focused on the most vulnerable. Sadly, people 65 and older accounted for about 80% of COVID deaths. So with so many people now vaccinated, tens of millions of Americans can now go back to more normal lives, you know, get together with friends and family, eat out, watch sporting events. To be clear, this is not true for unvaccinated people. Unvaccinated people are not protected. So we have a lot more work to do in the summer months to reach out to unvaccinated people, make it easy for them to get their vaccine and their second vaccine, and answer people’s questions. And the key to answering the questions are the doctors and other medical professionals. So more and more we have vaccines in doctors’ offices. So we’re going to do everything we can to keep vaccinating millions upon millions of Americans every week because if they’re not protected – if you’re not vaccinated – you’re not protected until you are. are not fully immunized and until you are fully immunized you should mask yourself and follow public health standards. But the good news is that so many Americans are now fully immunized and can resume normal lives, and it’s worth celebrating.

ED O’KEEFE: Well, what exactly are you going to do to get these unvaccinated Americans to get vaccinated? According to the CDC, 35% of people eligible for the vaccine, more than a third of people 12 and older, haven’t even received a single dose. What should be done specifically to get these people to be vaccinated?

ZIENTS: Well, the good news is that over the last few months we’ve seen an increase in confidence in the vaccination, with more and more people wanting to be vaccinated. So this is good news. Now we have to make sure we meet people where they are, facilitate the shooting, meet people at sporting events, in places of worship, deploy mobile units to reach people in their area. district. We also need to be available locally to answer people’s questions about the vaccine, safety and efficacy. We have three very effective and safe vaccines. People turn to their doctors and health care providers for these kinds of questions. So we have more and more vaccines available in doctors’ offices and health care providers. So we are ready to answer people’s questions and give them their first chance.

ZIENTS: We will continue to do this in a fair and equitable manner in order to reach all Americans and to vaccinate as many Americans as possible during the summer months.

ED O’KEEFE: One of the most troubling aspects of this now is the partisanship of getting the vaccine. A new Washington Post poll released this morning reinforces this. Eighty-six percent of Democrats have received at least one shot of the vaccine, compared to 45% of Republicans. But 38% of Republicans, a third of the GOP as a whole, say they definitely won’t get vaccines against the virus. How to get out of politics?

ZIENTS: Well, I think President Biden has been very, very clear from day one, this is about public health. It is not about politics. And we must continue to reach people where they are, answer their questions and have trusted messengers locally. The good news is that as people see their friends, family and neighbors getting vaccinated, more and more people are getting vaccinated. Also think about 90% of older people now having at least one injection. It is so important, as I said, because it is the most vulnerable population. And at the same time, clearly 90%, there are people from all parts of America of political parties and creeds. So we need to make sure that we continue to build on the progress we’ve made in building confidence in immunization, to make it even easier for people to immunize. To be clear, if you are vaccinated, you are protected against serious illness. If you are not, you are not protected and you should start your immunization routine as soon as possible.

ED O’KEEFE: At the same time as you urge local officials, athletes and doctors to address this problem and promote vaccinations across the country, the federal government is now preparing to send response teams. emergency in those states that are having epidemics, especially delta variants, especially in the western and southern states. Tell us a bit about what these emergency response teams are, what they’re going to do, and can that affect or help get people vaccinated if the federal government sends officials?

ZIENTS: Well, we are working with governors and state and local authorities, especially in areas where we are seeing an increase in cases, and those are usually areas where vaccination rates are lower. So the federal government stands ready with a whole-of-government effort to work with local authorities to increase vaccinations, to provide more testing and also treatment to ensure that people who have contracted the disease do not get sick. We will therefore work with our state and local partners, especially in areas of the country with the lowest vaccination rates, to ensure that we are doing all we can to stop the spread of the disease.

ED O’KEEFE: But is that the kind of thing where you’re going to stick your flag in a Wal-Mart parking lot and say, we’re here? Or do you go to the State Emergency Management Response Office to request and assist State officials to determine?

JEFF ZIENTS: Oh, from day one, under President Biden’s leadership, we’ve partnered with governors and state officials. As I said earlier, this is not a political issue. It is public health that is fighting this pandemic. We have had a great partnership with governors across the country and with state and local public health officials. And these support teams will work hand in hand with local partners.

ZIENTS: This is an issue that is being investigated in clinical studies. We’ll watch, the Biden administration will be asking scientists and doctors for advice on boosters. This has not yet been determined. What I can tell you, if reminders are needed, we are ready, as we have been throughout this fight against the pandemic. We have contingency plans. We have supplies. So if the decision is made that boosters are needed, we are good to go. But this decision was not made by scientists or doctors.

ED O’KEEFE: And you have no idea when that will be done?

ZIENTS: It will be based on ongoing clinical trials, and as soon as doctors and scientists determine they have the data they need, they will make that decision.

ED O’KEEFE: In your previous government role, you were the performance director of the Obama administration. It was your job to think about reinventing and reorganizing parts of the federal government. You have now been in this position for about six months. You must have some thoughts on how the federal public health response might be revamped in the future to avoid some sort of pandemic in the future. Have you given any thought to that or do you have any idea when the administration might consider reorganizing?

ZIENTS: Well, my main reaction is that this is an extraordinary whole-of-government effort led by President Biden in partnership with governors that has made extraordinary progress in a short period of time, with two-thirds of American adults already having received their first shoot. So I think it shows the American people that the federal government can work on the toughest problems and make extraordinary gains. We have invested during this time as part of the US bailout to strengthen state and local public health officials, which is critical not only to tackle this pandemic, but also to prepare for other challenges. public health in the future. We are also investing in genomic sequencing, which will allow us to detect disease earlier. This helps us identify potential variants. There are therefore investments to be made. But I think my main observation is that when you put together a whole-of-government response with all areas of expertise like CDC, FEMA, active duty troops, you can make a huge difference in no time. On a terrible crisis this country has faced, we have made tremendous progress thanks to this whole-of-government effort, President Biden’s leadership, and our partnership with state and local authorities.

ED O’KEEFE: Jeffrey Zients is the White House COVID-19 response coordinator. Thank you for spending some of the Independence Day with us. FACE THE NATION will be back in a minute. Stay with us.