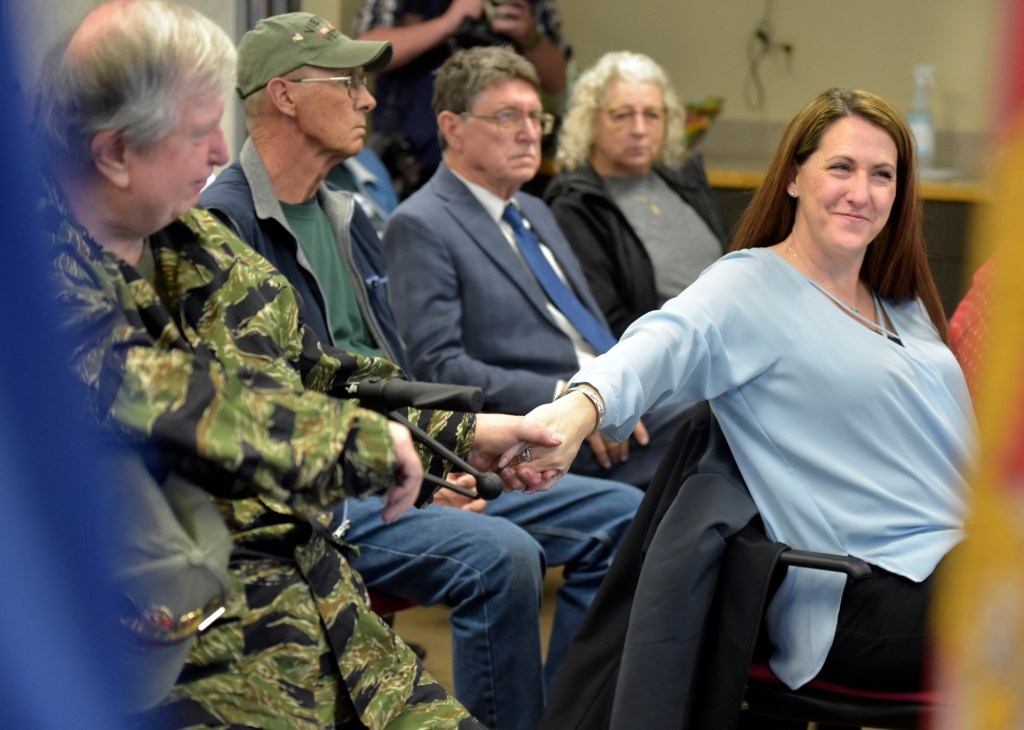 In a room at TRU Community Care in Longmont, a crowd of people chanted two words over and over, making sure they were heard. Although the words came late – nearly 50 years late – they were said in earnest.

“Welcome home,” the audience repeated over and over.

On Tuesday, TRU Community Care in Longmont, a hospice and long-term care provider, held a ceremony to welcome home and honor the many Vietnam War veterans who were not welcomed with kindness or n did not feel the gratitude of society when they returned from the war. many years ago.

March 29, 1973 is the day the last combat troops and prisoners of war were brought back to American soil after the war, according to a TRU press release. This day is also National Vietnam War Veterans Day. Last year, Colorado passed a bill recognizing March 30 as a holiday known as “Welcome Home, Vietnam Veterans Day.”

About 70 people attended the event on Tuesday. Parr said TRU plans to continue the ceremony each year and hopes to expand it to provide a similar event for Boulder County veterans.

During the ceremony, American Legion Post 32 performed the presentation of the colors. Legion members also helped Larry Sturgeon, a volunteer with TRU and Vietnam War veteran, give away pins to veterans.

When Sturgeon started thinking about the welcome home event on Monday night, traumatic memories washed over him. He was a nurse and medical technologist in the US Army and helped wounded soldiers while serving in the war.

In order to ease his anxiety, Sturgeon spoke with his wife and told her what he was thinking and feeling.

“As soon as I did that, I was OK again,” he said. “The reason this (event) is so important is because these guys are there to do this. When these things happen, if you have someone to talk to, it takes all the power away from you.

“We are finally at the point where we feel comfortable with our country again,” he said. “When we hear the national anthem or see the flag, we have the right to salute that flag and we feel comfortable doing so. For many years I sat in my place (at the place) because (the government) knew we were losing the war and they kept us there.

When Jack Burchett landed in California decades ago after serving in the Vietnam War, people spat on him. Others through the garbage to him. He never heard the words “welcome home”.

Although the words came late, they meant no less to him when they were spoken on Tuesday.

“I remember why we are such a great country,” he said as tears filled his eyes.

Firestone resident Amy Rosati said her father served in the U.S. military from 1968 to 1969. When he returned home from service, he also did not receive a warm welcome, a- she declared.

Growing up, she spent every Veterans Day with her father and listened to his stories. Tuesday’s ceremony meant everything to her, Rosati said.

“It means he didn’t die in vain,” she said. “Knowing that they are getting the recognition they deserve and deserved to be welcomed home means the world to me.”