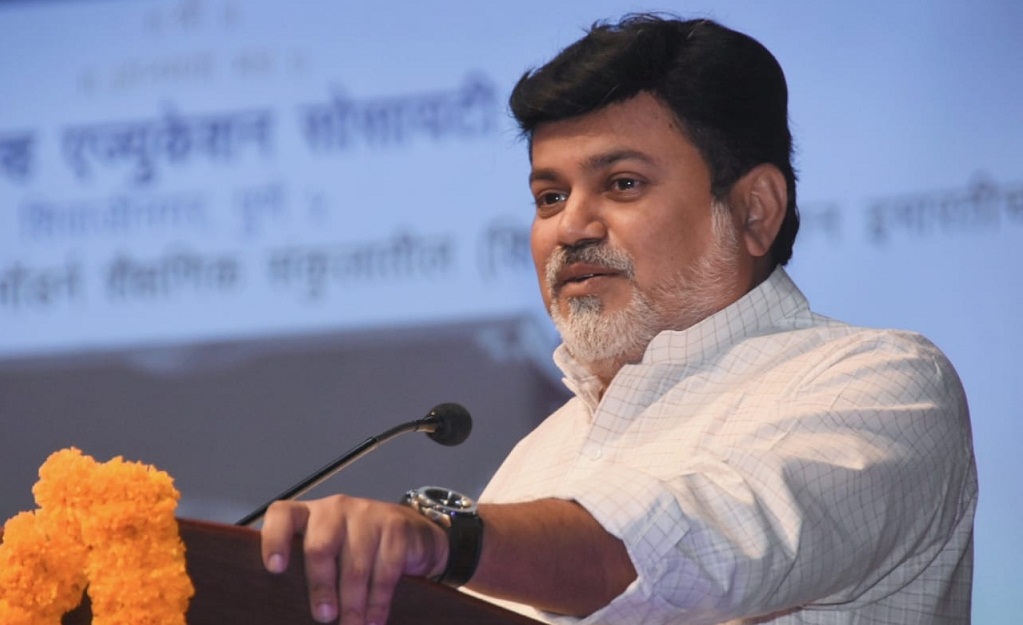 Pune, 7th June 2022: The ‘Swarajya Dhwaj/Swarajya Flag’ will be flown in every college from next year.

Minister of Higher Technical Education Uday Samant said: “This is not the flag of any political party. Students in every college will be inspired by this Swarajya Flag of Chhatrapati Shivaji Maharaj. A government ordinance in this regard will be issued shortly.

Also read 51 schools in Pune deemed illegal; Authorities are urging parents to remove their children from these schools

“Furthermore, just as the coronation ceremony is performed in Raigad, similarly, grand ceremonies will be performed by the government in various forts every year. We should all follow the example of Chhatrapati Shivaji Maharaj and his work,” said added Samant.

On the occasion of Shivrajyabhishek Day, a 51-foot tall ‘Swarajyagudi’ was assembled at the premises of SSPMS. Shivshak Rajdand Swarajyagudi with the saffron flag was officially worshiped on Monday by Uday Samant and other female associates present. At that time, the locals echoed with slogans such as “Jai Bhavani, Jai Shivaji”, “Chhatrapati Shivaji Maharaj ki Jai”. This is the 10th year of this initiative.

Samant expressed that Chhatrapati created his own empire, he broke all the established powers to deliver freedom and peace (Swarajya) to his audience. The pockets of the public were filled with prosperity, freedom and equality.

“Chhatrapati has become the guardian of the community. Hence, even today, the Swarajya rules of Chhatrapati are in the minds of Indians,” Samant said.

Amit Gaikwad said: “Shiv Rajyabhishek Sohala is a very important day in the history of India. That’s why we celebrate this day since June 6, 2013 to make Shivswarajya Day all over the world. In Pune, Swarajya Gudi is installed every year at various places including Lalmahal, Chhatrapati Shivaji Maharaj Memorial at SSPMS, Chhatrapati Sambhaji Maharaj Memorial Deccan, Shaniwarwada.

Gaikwad said that this year Shivswarajya day was celebrated by raising the Swarajyagudi to 51 strong. 101 Ganeshotsav committees also established Swarajyagudi in Pune.