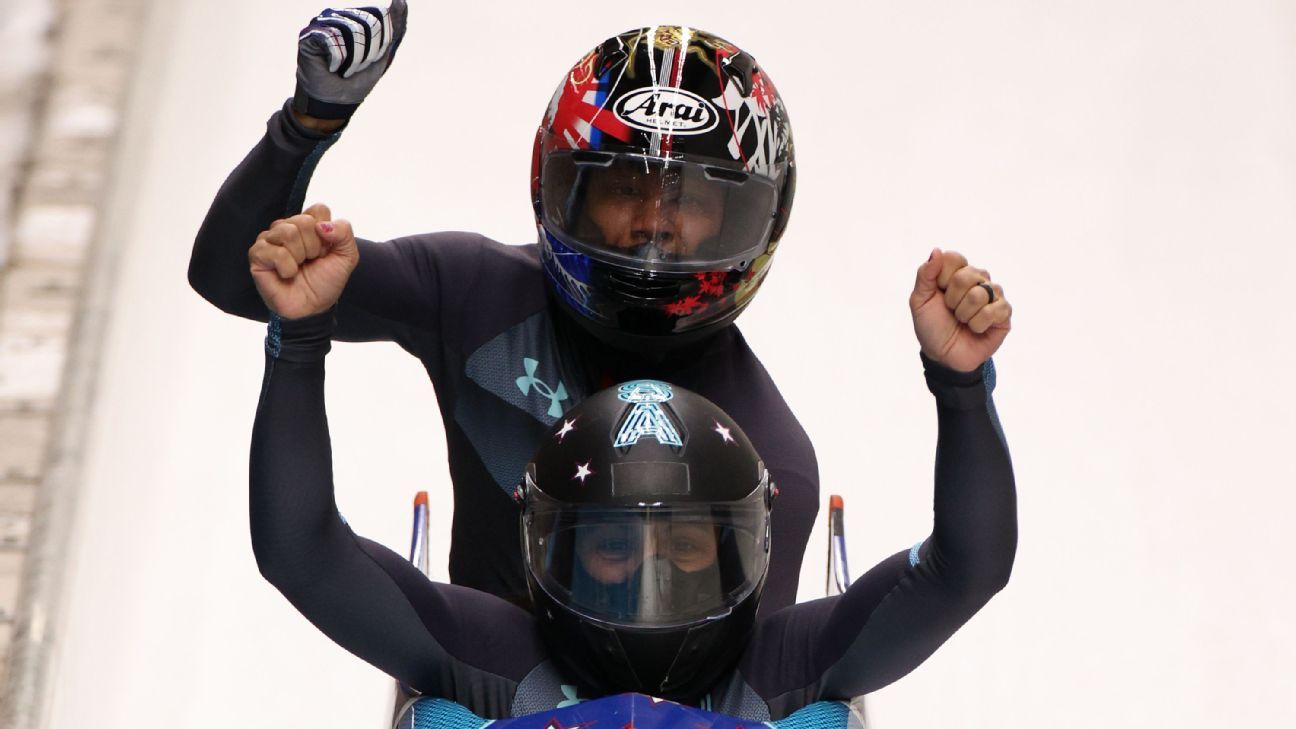 Meyers Taylor, teaming with bobsledder Sylvia Hoffman, finished in 4:05:48. She punched in the air as she reached the finish line.

Last week Meyers Taylor, 37, tied speed skater Shani Davis’ record for the most medals – four – when she won silver in the women’s monobob event, which made his debut in Beijing.

“It’s overwhelming,” Meyers Taylor said. “It’s so crazy to hear that stat and know that I’m part of a legacy bigger than me.”

Meyers Taylor is now a silver and bronze medalist at the Beijing Olympics, but she almost didn’t make it to the start line of the races. Shortly after landing in Beijing, she tested positive for COVID-19, having to self-isolate from her son, Nico, for more than a week. She was able to provide two negative tests before training for the bobsleigh began and was cleared to compete.

The four-time Olympian then took silver in the inaugural monobob, just behind teammate Humphries. She shouted “We did it” as she came to the end of the final run, knowing all she needed to win a medal there.

Meyers Taylor, who has raced with 41 different teammates at 14 tracks in 11 countries, hinted at his early retirement at the Beijing Olympics.

“Chances are this will be my last,” Meyers Taylor said.

She will be the flag bearer at the closing ceremony of the American team.

Humphries, who received her US passport in December, missed out on a medal in the two-man bobsled event, considered her signature event. She teamed up with Kaysha Love for the race. Humphries, 36, had won a medal in the event at every Olympics she has attended – gold medals in Vancouver in 2010 and Sochi in 2014 and bronze in Pyeongchang in 2018 – for Team Canada.

Three countries have dominated the two-man bobsled event since its inception at the 2002 Winter Olympics – Germany, the United States and Canada – winning gold at all Games.