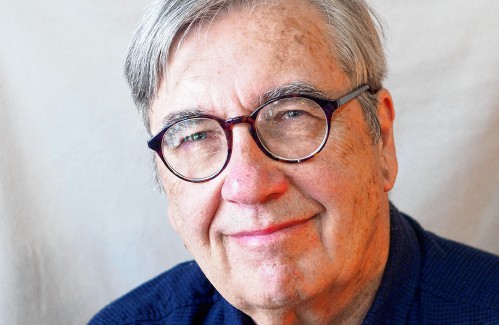 When I was little, I was predisposed to patriotism. My Catholic school put God before country, but secular authorities marveled when John F. Kennedy became Ireland’s first Catholic president.

The Boy Scouts taught me to handle the flag as something sacred. Folding it properly was a serious and solemn act, almost beyond me, a boy with dirty fingernails and a cowardly approach to precision.

As for the flag, we never had to let it touch the ground. It wasn’t supposed to fly in the dark without lights. If we were ever chosen as the flag bearer for the US Olympic team, we were forbidden from lowering the flag when we walked in front of the podium. The United States bowed to no one, especially Olympic officials who tolerated East German judges who preyed on us, giving ridiculously bad scores to our heroes who had been raised on truth, justice and American Wheaties, the “breakfast of champions”.

I approved of that sentiment, even though it seemed unlikely that I would ever make the Olympics unless they had a daydreaming contest. I briefly tried the Wheaties, but preferred the Cheerios, the sugar addict’s breakfast. With bags of Domino sugar on hand, my whole grain oats floated in a sea of ​​sucrose. America, sweet America.

Although I didn’t take musicals naturally – the idea of ​​bursting into song seemed foreign to my life of riding bikes, throwing baseballs and running through sprinklers – I liked the one which has been re-aired on television (in glorious black and white) from time to time. Yankee Doodle Dandy featured James Cagney, who had street cred thanks to his gangster films. Who was I to say this real man shouldn’t sing and tap dance? He moved like a baseball shortstop doing the double play.

There was something about his cocky style that appealed and opened the door to accepting another musical, Cursed Yankees, at its heart (for me) a baseball movie. I could barely understand the seduction song, Anything Lola Wantsand what she could do to get it.

Yankee Doodle Dandy was a Hollywood firecracker version of the life of Irish-American George M. Cohan, who was said to “own Broadway”. He wrote over 300 songs and 50 musicals. Today, he would have reality TV shows and be brilliant on Twitter. His songs included show-stoppers big old flag, Over there and Give my regards to Broadway — and the less we stir shoes that hurt and You remind me of my mother.

Cohan was born on the East Side of Providence, RI, not far from where my father owned a gas station. One day my dad, who didn’t talk much about his Irish heritage, drove me past Cohan’s humble birthplace and said some nice things about him. There was a small plaque on the house. His obituary in The New York Times said he may be the greatest singer and dancer in Broadway history.

When Cagney sang (as did Cohan), full-throated patriotism sounded plausible. It was a “big old flag” and he was “a Yankee Doodle Dandy, a real living nephew of my Uncle Sam, born on the 4th of July…”

The New York Times The obituary says Cohan was indeed born on the 4th, although his birth certificate says July 3rd. Oh well. Go with the better version, I guess.

All of this is a meandering introduction to the major question of the last few days, whether we can truly celebrate flag and country when America’s history is filled with sins and injustices that continue to this day. I must admit that my confidence is shaken by the inhuman gun violence, the politics of contempt and likely sedition, and a calculating Supreme Court majority of 18th-century re-enactors. All sides are annoyed. We are the United States of grievances.

Monday night, the 4th of July, we went to the concert in Colburn Park in Lebanon, then watched the Hartford fireworks from the Lyman Bridge over the Connecticut River in West Lebanon. From there the booms were muffled, but fierce flashes of light reflected off the water, bringing me the same old feeling of something good, memories of something exceptional.

I hear those who say the flag is something they cannot revere, a growing sentiment and a national misfortune. Rather than clenching our fists back in anger and declaring that we are the greatest, so love us or leave us (this is getting too personal), we better listen to their stories and think about the question of whether and how they can ever be made together.

Or how we can all be healed, really.

Dan Mackie lives in western Lebanon. He can be contacted at [email protected]