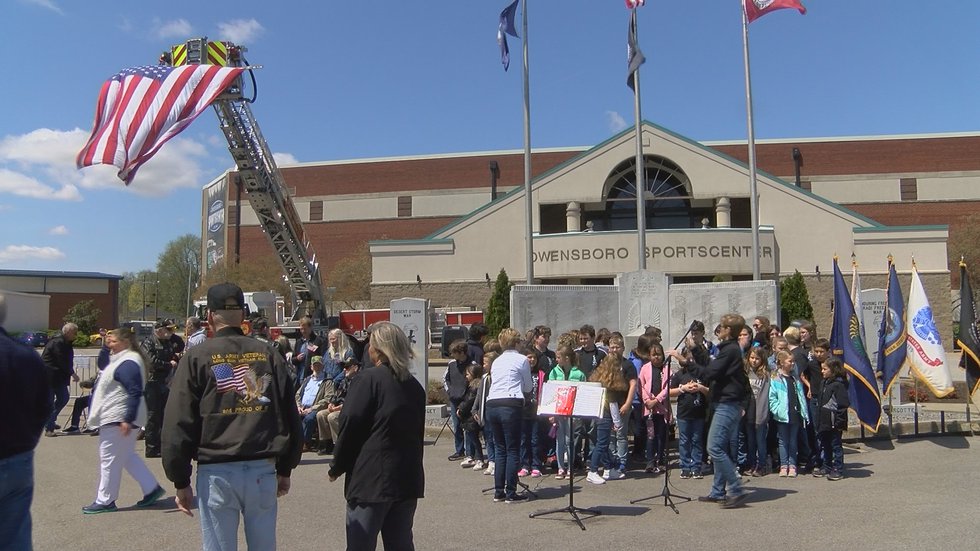 OWENSBORO, Ky. (WFIE) – Local veterans were honored Tuesday before leaving town to be part of an honor flight, something that hasn’t happened in two years because of the pandemic.

It was a big morning at the Owensboro Sportscenter. Nine Vietnam veterans gathered there en route to Washington DC, and people made sure they were sent back in style.

When Jason Luedke was in high school, he spent four years at JROTC with the group’s instructor, Ralph Bemboom.

“He had a huge impact, he was like a second father to me,” Jason said.

When Jason discovered Honor Flight, he decided to contact Ralph and encourage him to participate.

Ralph served 22 years in the military, including one year in Vietnam. He says he was initially a bit hesitant to be part of Honor Flight, but decided to go anyway. As the group prepared to leave Owensboro, he says he was very well received.

“It’s pretty awesome. It’s an emotional thing, it’s even hard to say. Before today I was reluctant, and I got here and saw everyone, people shaking my hand and thanking me for being here,” Ralph Bemboom said. “It’s really awesome.”

The organizers held a small ceremony before seeing off the group. They had a flag ceremony and then some songs from a Western Kentucky children’s choir.

Organizers say they wanted the event to be special for those who served.

The Honor Flight is free for veterans, and everyone travels with a guardian who pays for their own travel. Ralph has Jason as a guardian.

Jason was a Marine who served in Iraq and says he can’t help but imagine himself in Ralph’s shoes in the future.

“I can’t imagine what it’s like to be there, I mean probably in about 40 years I’ll probably be in his place,” Jason said.

The veterans boarded the bus, and several local motorcycle clubs escorted them through town.

In Louisville they will meet other groups, then a total of 80 veterans will make the trip to DC where they will visit five memorials, watch the Changing of the Guard and visit Arlington National Cemetery.

Event organizers say the group will return Thursday morning, and they invite everyone to come and welcome them home.