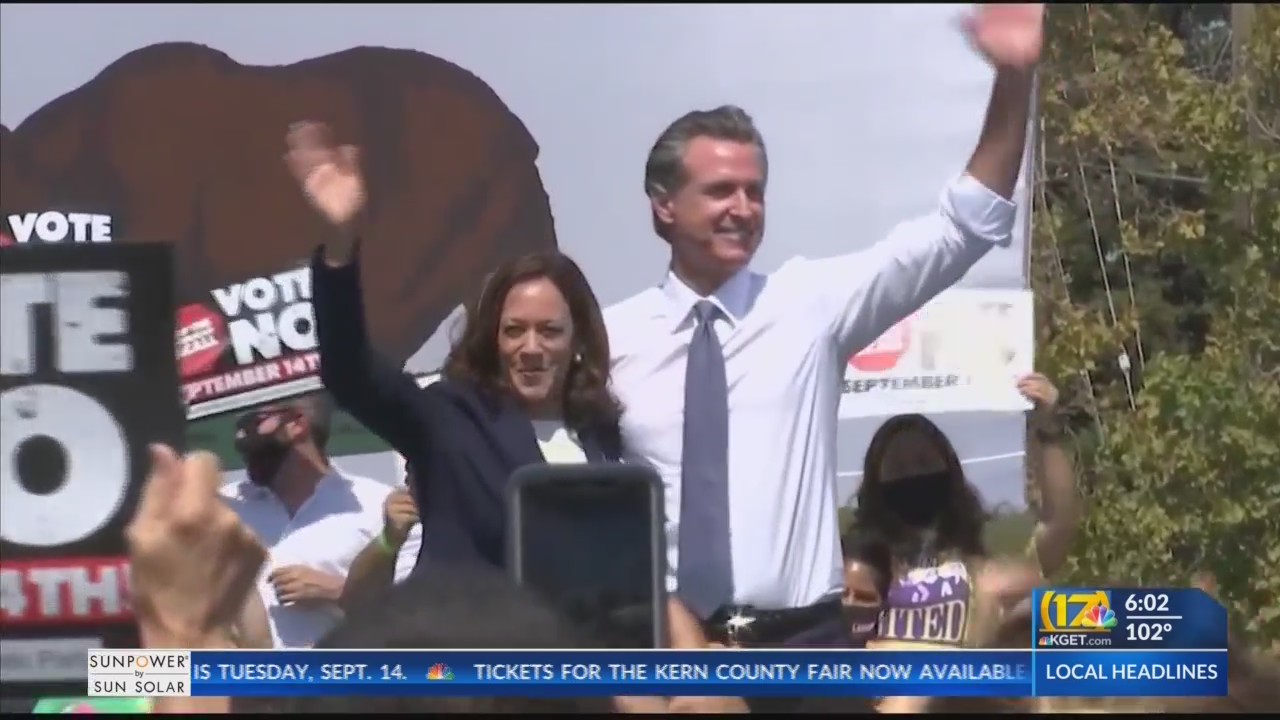 By Paul V. MaganaSeptember 9, 2021No Comments

Having her in California less than a week before September 14, Team Newsom said their goal was to make sure every living and breathing Californian knows the recall is taking place.

At the rally, Harris said that by keeping Newsom in power, Californians will stand up for the state’s progressive values.

Harris and Newsom have worked together on several occasions. When she was a district attorney in San Francisco, Newsom was mayor. They continued to work together when Newsom was lieutenant governor and Harris was attorney general of California.

About 100 meters from the stage where the Vice President was standing, a group of protesters chanted and waved the flag of Afghanistan. Harris’ visit comes about two weeks after the Biden administration rushed to evacuate Americans and Afghan allies from the country now taken over by the Taliban.

The vice president’s appearance in a previously scheduled “no” at the recall rally was called off after the Kabul airport attack.

But returning to Wednesday’s rally, the governor was grateful to Harris for stopping in to support him and other high-ranking Democrats in state office.

â€œHello Californians. You have a great choice to make between now and September 14th. Governor Newsom has spent the past year and a half protecting California communities, â€Obama said. “Protect California by Voting No to Republican Recall.”

The recall has the potential to dramatically change the political landscape in the country’s most populous state. California voters have not elected a Republican governor since 2006.

Newsom was in San Francisco to campaign on Tuesday. Part of his campaign strategy was to tell voters what would happen if a Republican candidate accepted his governorship.

“And we won’t give up because we know so much is at stake, so many people are counting on us and there is so much good we can do,” said Harris.

President Joe Biden is also expected to travel to California early next week to visit the wildfire damage and rally with Newsom. The details of this visit are not yet defined.