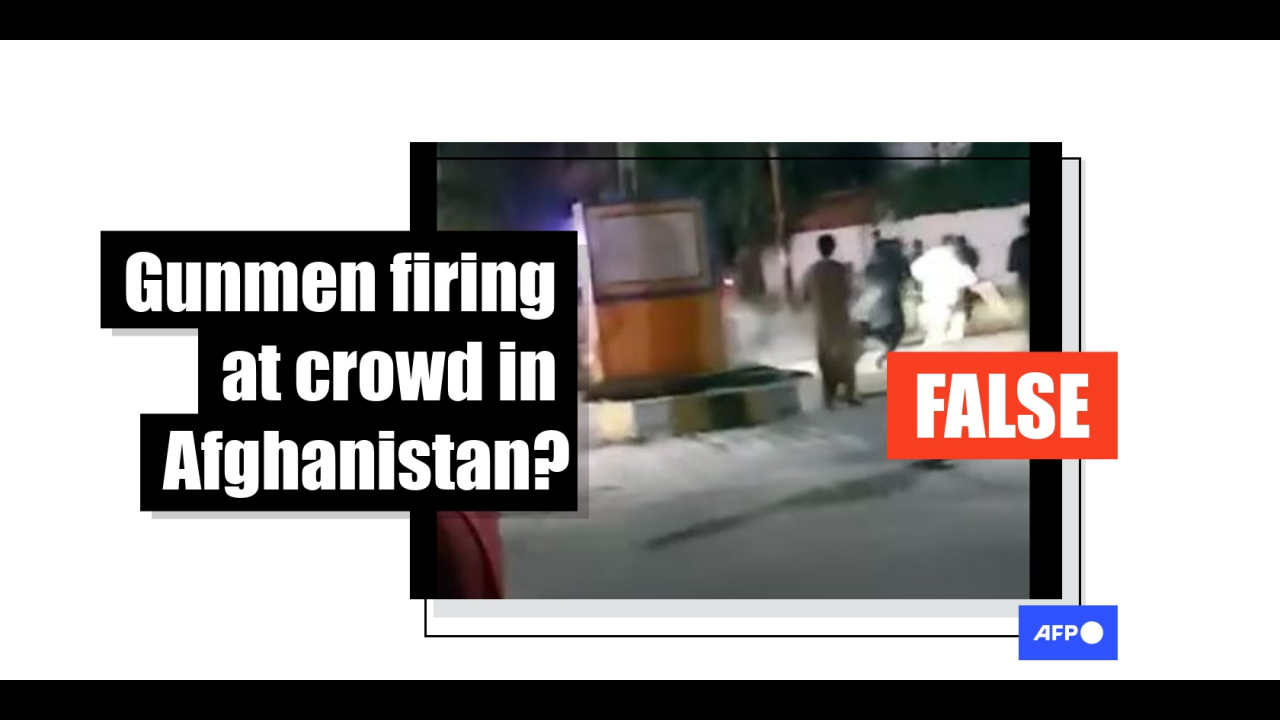 Images of gunmen opening fire on a crowd have racked up millions of views in posts claiming they show an attack in Afghanistan in which 51 people were allegedly killed in an argument over a donkey. The claim is false; the video was actually filmed in Karachi, Pakistan, when rival groups clashed over cash on September 8, 2022. Police said no one was killed in the shooting.

“In the Pul-e-Khumri region of Afghanistan, worshipers shot dead a donkey as it entered a mosque,” ​​the Urdu read. Facebook post from September 13.

Video shows at least two men opening fire as they run towards a crowd in the street.

The video drew hundreds of thousands of views in similar Facebook posts here, here and here.

Some social media users pointed out that the footage was actually filmed in Pakistan, while others seemed to believe it came from Afghanistan.

“Now let’s see what decision the Taliban will take (on the attack),” wrote another.

The posts share the images in a false context.

Visual clues in the footage suggest it was filmed in Karachi, Pakistan’s most populous city.

The national flag of Pakistan is visible at the 30th second in the video, and an advertisement for a local college in Karachi, The Concepts Collegiate, can be seen at 1:15.

Keyword searches found the images in a Newscast from September 10 by the Karachi Post Network about a shooting in the city.

The video shows the clip filmed from a wider angle.

The voiceover says that the attack happened in the Naval Colony district of Karachi following a financial dispute between two groups of people.

A Karachi police spokesman said shots were fired during a clash between rival groups in the Naval Colony district and the incident was under investigation.

Two people were injured in the shooting but no one was killed, he told AFP.

Another police official said the clash took place on September 8, 2022 and that rival groups had filed complaints against each other.