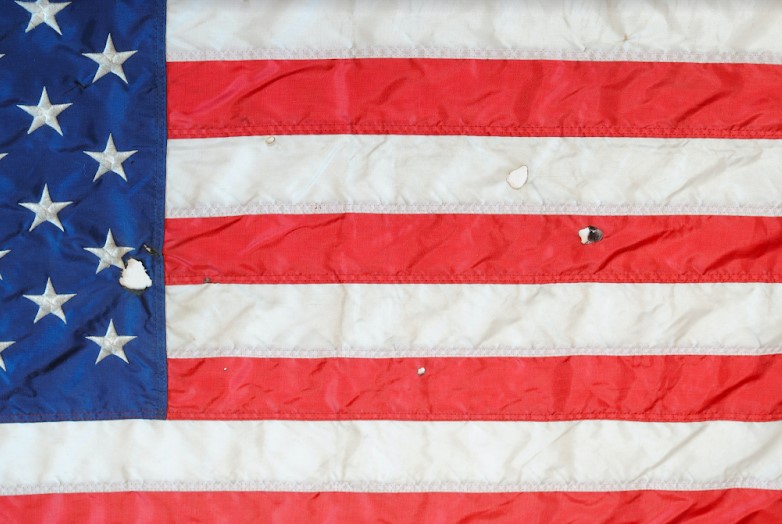 When the most destructive wildfire in Colorado’s history erupted on December 30, 2021 in Boulder County, it engulfed hundreds of homes and caused the evacuation of thousands of people.

The Marshall Fire rained cinders and ashes on the Louisville Police Department, burning the flags flying outside the station.

Now, Rachel Waters of Estes Park saves the damaged American flag to put back inside the Louisville Police Department.

“I’m not restoring it to make it look like it didn’t go through a fire,” Waters pointed out. “But I don’t want it to smell like fire. The smell is the particles on the surface of the flag. I do housework and documentation.

As a conservator, she meticulously measures and documents the state of the flag after the fire. She also writes what she has done on the flag so that future generations will have a record of what has been done.

“When you treat something, you first document its condition and then document what you do,” Waters said, “just like when someone restores an old painting. There is a hyper-vigilance on the documentation.

“Working on this project is exciting because the fire was so recent and it means so much to the Boulder area community,” she said. “I do this as a volunteer. I drove near the site of the fire and it’s pretty crazy. There are good things that come out of it like a sense of community. These kinds of events bring people closer together. »

Waters’ husband works for the National Park Service. The couple moved there in the summer of 2021.

Scott Moore, a crime prevention specialist with the Louisville police, described the scene the day of the Marshall fire.

“As the fire tore through neighborhoods in Louisville, it left a path of destruction and ash in its wake,” Scott explained. “Community members rushed to collect their most prized possessions. For some, there wasn’t even enough time to put on a pair of shoes. The police assisted the victims until late at night.

Although the police department suffered no structural damage, the American flag was partially burned.

“The Marshall Fire is a very significant event in the history of our city and our county,” Moore commented. “There were many acts of heroism and bravery on the day of the fire. This flag reminds those in the Louisville Police Department why we do what we do. This flag is also a beacon of hope as the people of Louisville rebuild. By preserving this flag and displaying it for all to see, the stories of this day will continue to be told.

Detective Joe DiGiovanni, a seven-year veteran of the department, is an avid carpenter and volunteered to make the frame for the flag display.

“There is so much grief and trauma because of the Marshall fire,” Scott pointed out. “The people of Louisville will forever be remembered and affected by the tragedies of this day. All of us at the Louisville Police Department are committed to healing and restoring our city. Preserving the flag may seem insignificant in the bigger picture of this day, but I would say that every small step we take to rebuild and preserve brings us closer to the healing and the hope that lies in the future.