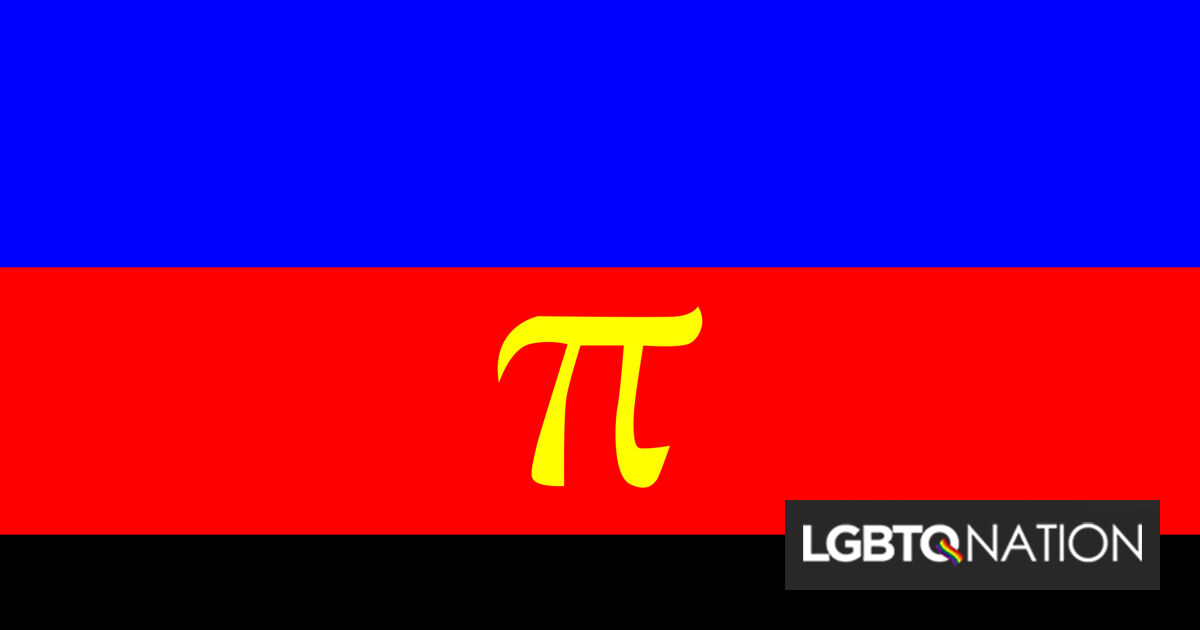 What is the true polyamorous flag? /LGBTQ Nation

The polyamorous flag has had its fair share of criticism ever since its first iteration spread through online poly spaces. Its origins are relatively obscure, and many argue that its meaning and symbolism are even more so. Since then there have been many attempts to create a new design but – unlike other groups within the LGBTQ community – there has been no consensus on which one is official.

In this article, you’ll learn about the origins and history of the first polyamory flag, and why it looks like that. We’ll also review common criticisms of its design in terms of symbolism and aesthetics, and how netizens have attempted to correct them through their own iterations.

Related: How Does Ethical Non-Monogamy Work? Answers to all your questions

The origins of the first polyamorous flag

While modern polyamory has roots that date back to the 19th century, there have been no known recorded symbols to represent it. This could be because this type of relationship dynamic was generally considered unorthodox or even completely unacceptable by most societal norms. Society views those who practice it as relational anarchists, and so using a flag to openly represent it would have posed certain risks.

In 1995, Jim Evans decided he would finally design a flag to represent polyamory pride. Evans had already practiced this non-traditional lifestyle for much of his adult life, having had numerous relationships with more than one person at a time.

In a blog post, he recounted experiencing “the struggles and celebrations of what is now called the LGBT community.” He was particularly inspired by the impact of the Pride Flag, also known as the Rainbow Flag, as a symbol.

However, ethical non-monogamy was nowhere near as accepted in the 90s as it is today. In order not to unwittingly expose himself and other polyamorous people, Evans had to create a subtle design. Using only Microsoft Paint on Windows 3.1 and a raw understanding of visual art, Evans created the flag that would serve as the very first modern polyamory symbol.

Probably due to technological constraints, Evans’ flag is a rather simple design concept that consists of three horizontal stripes with a symbol in its center:

Criticism of the polyamorous flag

At the time of its creation, the original polyamorous flag was only used in Evans’ polypersonal network. Many years later and after the invention of the Internet, the design evolved into various poly spaces online.

Unfortunately, an overwhelming majority of poly people online didn’t like the concept. Netizens criticized the harshness of the colors, with its bright blue and bright red – some even described it as “jarring”.

Beyond criticism of the aesthetic, users commented on its use of the “pi” and its seemingly forced symbolic meaning. “Pi” is commonly known as a mathematical symbol, and many thought it was too far removed from something like polyamory. Some blogs said it was a more appropriate flag for a math or engineering society.

That being said, it was necessary for Evans to “hide” the true purpose of the flag through unrelated symbolism due to the stigma against polyamory. Considering that polyamory is much more accepted now, it makes sense that the golden Greek lowercase letter no longer resonates.

Ever since Evans’ creation made the rounds in poly spaces online, community members have taken it upon themselves to redesign the polyamorous flag. In 2022, there are now so many iterations of the polyamory pride flag that attempt to “correct” inaccurate or ugly elements in the original design.

The most common revision is the replacement pi symbol. In many of these new iterations, the famous Greek letter π has been replaced with what is called the “infinite heart” to avoid any symbolic confusion.

The infinity heart looks like a heart outline with the infinity symbol looping horizontally. This new symbol represents the opportunity for infinite love through polyamory – arguably much more direct than the mathematical symbol.

A common favorite among all new interactions was created by Emma (@HECKSCAPER) in 2019. This poly pride flag consists of the ever famous infinity heart symbol at its center instead of the pi symbol. For the backdrop, it shows three stripes in light blue, pink, and dark blue, with the middle stripe being thinner than the others.

Interestingly, this particular iteration directly tries to correct the original design without deviating too much. The colors chosen are deliberately similar to Evans’ flag, except Emma has softened and muted the colors so they don’t appear as harsh as the original flag design.

So what is the actual polyamory flag?

In 2021 there was a more organized attempt to agree on a design, led by PolyAmProud. Composed of a diverse committee, its goal is to select the strongest design candidates and organize a global vote.

The number and diversity of flag design has sparked much discussion online about the values, beliefs, and expectations that best represent ethical non-monogamous people. As of February 2022, the group is still collecting drawings. It is estimated that the committee will select the final flag by Pride this year.

Online polyamorous communities have made it clear that Jim Evans’ original design has its issues. Despite the criticism, it remains an important part of polyamory history. The fact that he and many others like him needed to hide their lifestyle from the eyes of the society that judged them should not be taken for granted by those lucky enough to experience much more tolerance. today.

The symbols we use to identify polyamory have become more complex – a sign that the collective understanding of poly people is growing. Also, what polyamory and ethical non-monogamy look like varies from person to person, so it’s no surprise that many people have attempted to recreate the flag using their own personal understanding of polyamory. .