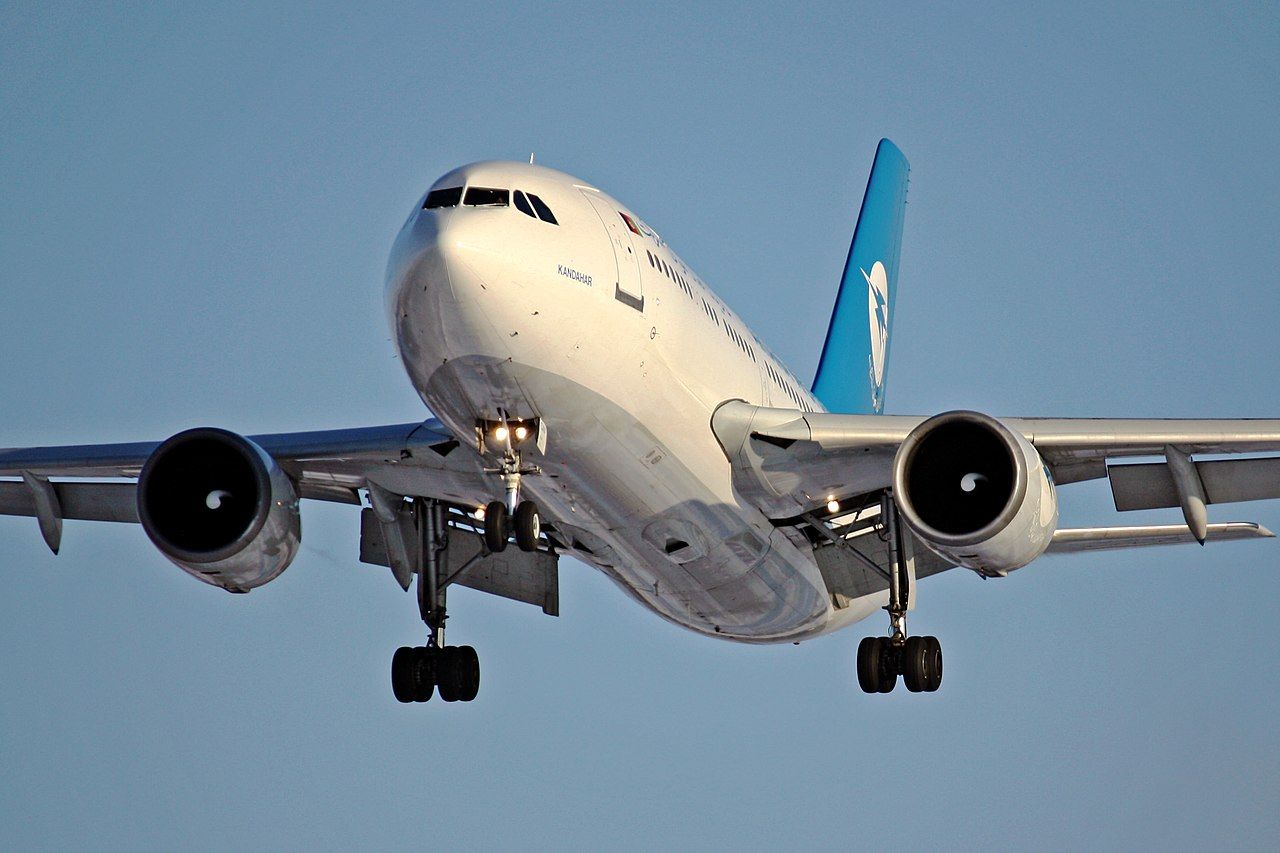 What types of aircraft did Ariana Afghan Airlines operate?

Indamer held a 49% share, while the Afghan government held a controlling 51% stake in what would become the country’s national airline. The airline was launched with three 12-year-old Douglas DC-3s previously owned by Indamer and Hindustan Aeronautics. The airline’s first routes were to India, Bahrain, Iran and Lebanon.

For a time, Pan American World Airways became a partner in the airline when in 1957 it purchased Indamer’s 49% stake. While starting its domestic services, the airline operated international flights, connecting Kabul with Delhi, Amritsar and Karachi.

A single Douglas DC-4 was leased from Sabena and deployed on what was known as the “Marco Polo” route linking Kabul with Kandahar, Tehran, Damascus, Beirut, Ankara, Prague and Frankfurt.

Ariana Afghan Airlines’ first jumbo jet, a McDonnell DC-10-30, arrived in 1979 and operated for a brief period before being sold to British Caledonian Airways on March 21, 1985. Following the Soviet invasion of Afghanistan on December 24, 1979, Ariana Afghan Airlines fleet included:

Now under the influence of the Soviet Union, Ariana Afghan Airlines was forced to sell its DC-10 to British Caledonian Airways because the Soviets wanted the airline to operate its Soviet-built Tupolev Tu-154s. In February 1988, Bakhtar Afghan Airlines merged with Ariana so that a single airline could operate short-haul and long-haul flights.

When Kabul fell to the Taliban in 1996 and imposed strict Islamic rule, Afghanistan was subjected to heavy economic sanctions, including the inability to import aircraft spare parts. Now, with Ariana Afghan Airlines under the control of the Taliban government, many of the carrier’s international flights have been grounded, which has had a devastating effect on the airline’s financial health.

After the establishment of the Islamic State, Ariana Afghan Airlines still owned its Boeing 727s, which it used on its longest domestic routes, and a handful of Russian and Ukrainian-built An-26s and Yakovlev Yak-40s.

Until the late 1990s, Ariana continued to fly internationally to Dubai and China until United Nations Security Council Resolution 1267 was passed in November 1999. This banned all flights international markets and led Ariana to ground all of its planes in 2001.

After the September 11, 2001, terrorist attacks on New York and Washington and the United States’ response a month later with “Operation Enduring Freedom,” Ariana was able to begin rebuilding the airline. To help her get back on her feet, the Indian government gave Ariana three ex-Air India Airbus A300s in 2002.

When Kabul fell to the Taliban in 2021, all international flights ceased, leaving Ariana Afghan Airlines with a fleet of just five aircraft consisting of the following aircraft:

Journalist – Mark is an experienced travel journalist having published work in the industry for over seven years. His enthusiasm for aviation news and wealth of experience lends itself to excellent insight, with his work being cited in Forbes among other publications. Based in Alicante, Spain.