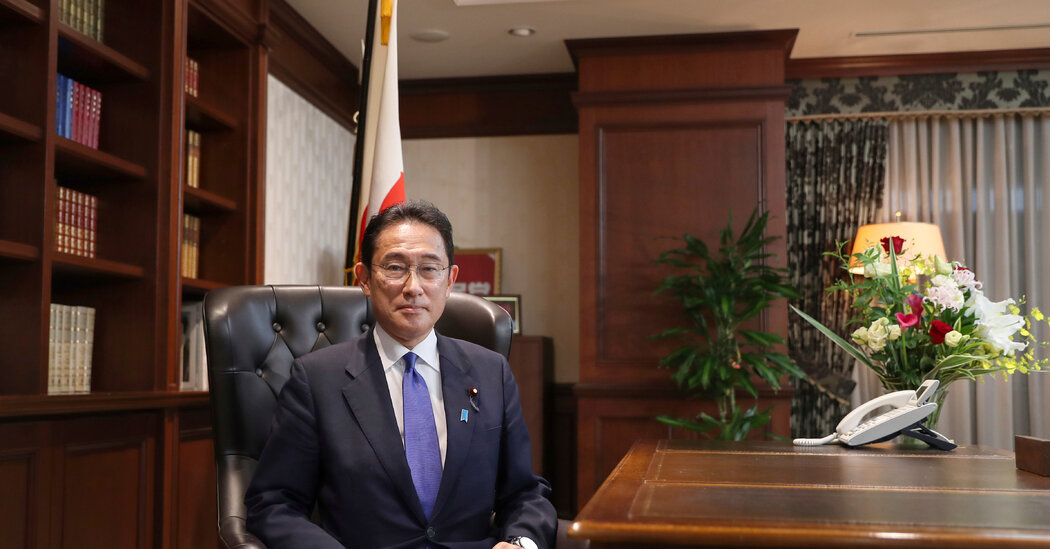 Who is Fumio Kishida, the next Prime Minister of Japan?

The man almost guaranteed to become Japan’s next prime minister, Fumio Kishida, is a choice of the establishment that has sought to present itself as more than just a colorless bureaucrat.

Mr. Kishida, 64, called for economic policies that would distribute more wealth to the middle class, and wrote that spending part of his childhood in the United States instilled in him the ideals of justice and diversity.

His message did not resonate with much of Japanese public opinion, but it was enough to win him the leadership of the Liberal Democratic Party on Wednesday, virtually guaranteeing that he will become the next prime minister of Japan, a role he has been preparing for decades.

Mr. Kishida’s father and grandfather were both members of the Japanese House of Representatives. In 1993, he successfully contested the parliamentary seat in Hiroshima, which his father occupied.

Mr. Kishida would become a mainstay of the ruling party in Japan and the longest-serving foreign minister in the country’s history after World War II.

He has been widely described as an uncontroversial moderate who holds the confidence of party greats. Yet in a political system that rewards compliance, Mr. Kishida has sought to distinguish himself from the unpopular incumbent Prime Minister Yoshihide Suga.

During the election campaign, Mr. Kishida took away a series of notebooks in which he said he wrote notes and observations of people he had met on a trip across the country, calling them “my greatest. treasures “.

He said he felt a strong sense of justice, developed in part during a childhood stay in the United States.

In 1963, his father, then a trade official, was appointed to a post in New York. The family moved and Mr Kishida, at the age of 6, enrolled in public schools, including PS 13 in the Elmhurst section of Queens, where he attended grades 2 and 3. In a 1965 class photo, he is seen wearing a bow tie, standing in front of a giant American flag.

His classmates included children of diverse backgrounds – white, Korean, Indian and Native American – but he sometimes felt the sting of racial discrimination. In his book â€œKishida Visionâ€, published last year, Mr. Kishida described a time in 1965 when a white classmate refused to hold his hand as requested by a teacher on a school trip.

Yet he came to admire the United States, finding it remarkable that students from a variety of backgrounds “respect the national flag and sing the hymn together in the morning.”

â€œThe United States was an enemy of Japan during the war and the nation that dropped the nuclear bomb on Hiroshima,â€ he wrote. “But I was young, and to me the United States was nothing more than a country with a generous heart and full of diversity.”

Baseball fan – he supports his hometown team Hiroshima Carp – he was an infielder on his high school team and an average student, failing a law school entrance exam three times. When he said he was interested in politics, his father tried to push him down another path, warning that “there is nothing soft in politics”. But after a stint in banking, Mr. Kishida got his first political job, as his father’s secretary.

Once in power, Mr. Kishida rose steadily, eventually being appointed Foreign Minister by Prime Minister Shinzo Abe in 2012. His tenure was defined by two notable achievements: helping to organize President Obama’s visit to Hiroshima in 2016, and finalize an agreement with South Korea in which Japan compensated “comfort women”, a term for those taken as sex slaves by Japanese soldiers during World War II.

He also wooed his Russian counterpart, Sergey Lavrov, forging a bond over their shared fondness for whiskey and sake as he sought to improve a relationship that collapsed over a territorial dispute over the islands seized by the Union. Soviet after World War II.

Unlike the teetotal Mr. Abe, Mr. Kishida is known within the party as an enthusiastic drinker. One year, Mr Kishida wrote, he threw a birthday party for Mr Lavrov and gave the Russian diplomat a bottle of 21-year-old Hibiki whiskey. In return, Mr. Lavrov gave Mr. Kishida a richly bound book. Mr. Kishida opened it to find a bottle of vodka inside.

â€œIf we drink, we are friends,â€ Mr. Kishida wrote. â€œThe relationship in which both sides can speak frankly is the first step towards international peace. “

But Mr. Kishida struggled to connect with voters. Last year, during the race to succeed Mr Abe, Mr Kishida was embarrassed when he tweeted a photo of his wife bringing him home dinner. The image, which showed him sitting in a suit and tie and his wife standing, wearing an apron, was widely laughed at as disconnected and misogynistic.

In this year’s race, Mr. Kishida appeared to acknowledge public discontent by promising to introduce a â€œnew capitalismâ€ and encourage companies to distribute more of their profits to middle-class workers. Neither the public nor the grassroots members of the party had shown much support for Mr. Kishida. But the party’s conservative wing, which dominates parliament, has opted for a secure pair of hands.