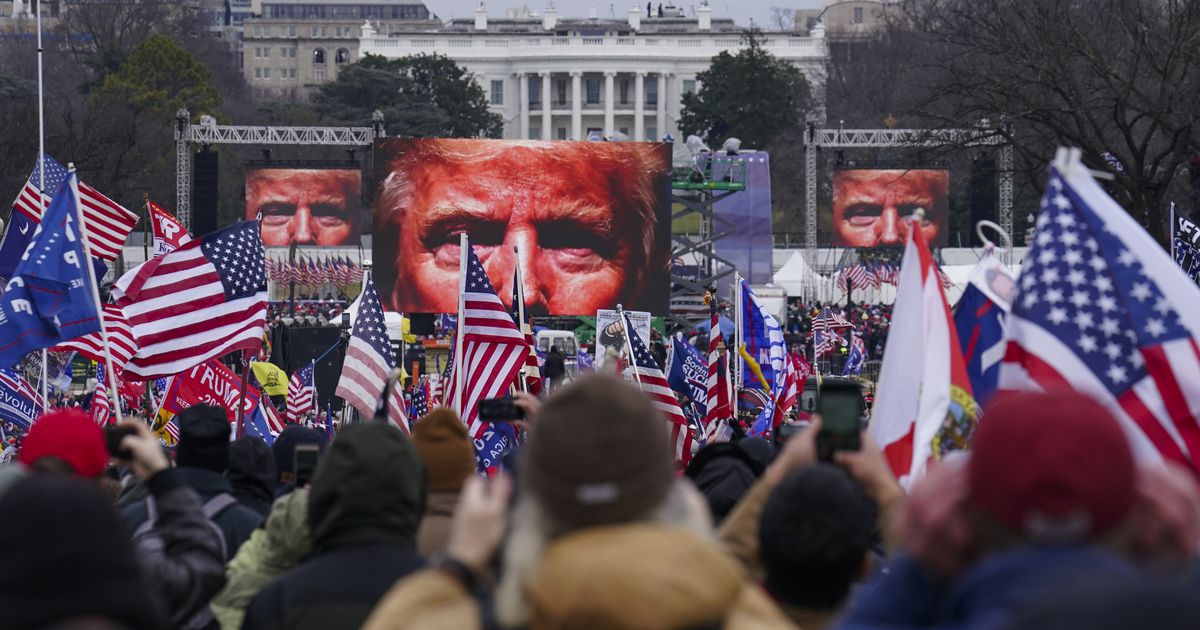 “The purpose of the message was to make everyone uncomfortable,” Scott said. “The American flag is taught to us from birth to represent freedom, life, liberty, and the pursuit of happiness.

Scott says she was angry at photos of far-right group Patriot Front walk through philadelphia on saturday carrying the American flag. The march was interrupted by counter-demonstrators who chased them away.

Patriot Front is a white nationalist hate group which formed as a result of the “Unite the Right” rally in Charlottesville in 2017.

Stunning photos taken by my colleague from the Inquirer Jessica Griffin of the march through Philadelphia by the far-right group Patriot Front – just off Independence Hall the day before July 4th https://t.co/Opvvcwr1yD

“They’re wearing American flags. The Ku Klux Klan flies American flags. The Proud Boys fly American flags. They climbed to the Capitol for their failed insurgency and beat police officers with American flags. I haven’t heard any outrage from Republicans or the law about the use of the American flag as a symbol of hatred, “Scott said, adding,” We see this symbol used in messages from every hate group. racist across this country. The problem I have is that no one is addressing people who use it for hate. I’m telling you that when I see an American flag, I start to be afraid of the simple fact that every time I am faced with hate, it is in the hands of someone wearing an American flag.

The Utah group’s posts were circulated widely on social media over the holiday weekend.

Utah Republican President Carson Jorgensen has said he is not Pollyanna when it comes to American history, which he says is far from perfect. But he doesn’t see the flag as a symbol of hatred.

“The American flag is a symbol of freedom and opportunity for the world. We are the shining city on the hill. We’re not perfect, but we’ll never stop improving, ”Jorgensen said in an email.

He says support for the flag is not a partisan issue, as Republicans and Democrats support it. He also says Scott’s general condemnation of the flag because fringe groups use it is unfair.

“This banner was raised for the liberation of millions of people and millions of people gave their lives in honor of what the flag stands for. We are unwavering in our support and love for the American flag and all the good it represents, ”added Jorgensen.

Senator Todd Weiler says he does not agree with Scott’s message but it is his right as an American to say so.

“The vast majority of Utahns, regardless of race or politics, continue to view the American flag as a symbol of unity and perseverance for our nation’s past – and hope for our nation’s future.” , Weiler said. “There have always been those who try to divide us. I am grateful to live in a riding that allows dissenting voices to be heard. “

Scott says those who accuse him of being anti-American miss his point.

“People will say that Black Lives Matter hates America. We don’t hate America. We hate the white supremacist system. Our ancestors built this country. We have every right to criticize, ”said Scott. “It is not hate to call hate.”

Scott said it wasn’t all venom on the page and that they had also received dozens of messages of support.