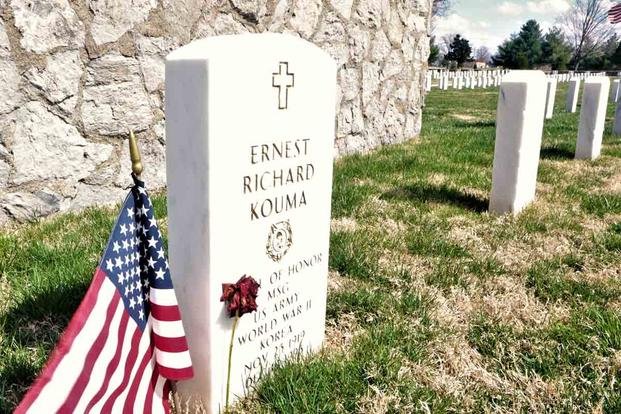 In 1862, President Abraham Lincoln established a national system of veterans cemeteries to honorably bury those who have died in the service of their country. Before this system was put in place, soldiers were practically buried where they fell.

After the Civil War, the system was extended to include veterans who had not fallen in combat. Maintaining cemeteries over 150 years old is no small feat.

Today, the National Cemetery Administration (NCA) is the agency under the Department of Veterans Affairs responsible for providing veterans and qualified dependents with a burial site, burial lining, opening and closing of the grave, a government marker, an American funeral flag, a presidential commemorative certificate and the perpetual upkeep of the site in “like new” conditions, regardless of the age of the cemeteries.

But not all cemeteries, homes of soldiers and airmen are created equal. At least not yet. The NCA’s constant and ongoing mandate is to ensure that all final resting places in its care become national shrines. The VA defines a national shrine as:

“… a place of honor and memory that declares to the visitor or to the family member who sees it that, in its majestic setting, every veteran can find a sense of serenity, historical sacrifice and nobility. Every visitor should leave feeling that the grounds, graves and surroundings of the National Cemetery are a magnificent and awe-inspiring tribute to those who have given so much to preserve our nation’s freedom and way of life.

The VA National Sanctuary’s mandate states that all national cemeteries and other veterans under NCA control will be considered National Sanctuaries, but in order to do so, each must meet a meticulous set of 21 criteria.

Updated in 2016, the National Sanctuary Standards aim to make each cemetery and burial place sanctuaries by preserving the quality of facilities, the historical context of monuments and cemeteries (even abroad) and providing information on the reasons why those buried gave their lives there.

Once national sanctuary status is obtained, it must also be maintained and verified through annual inspections by the NCA, which manages 155 national cemeteries and 3.83 million graves as of 2021.

The original manual of criteria for a VA cemetery to achieve National Shrine status was a list of regulations over 30 pages long and covered everything from planning services to checking and handling remains. by the fluidity of a recent burial. covered.

At least 15 of the VA’s national cemeteries met national sanctuary standards, and two veterans cemeteries managed by the Department of the Army met them.

– Blake Stilwell can be contacted at [email protected] It can also be found on Twitter @blakestilwell or on Facebook.

Whether you are planning to join the military, looking for a post-military career, or following military life and benefits, Military.com has you covered. Subscribe to Military.com to receive military news, updates and resources straight to your inbox.

© Copyright 2021 Military.com. All rights reserved. This material may not be published, broadcast, rewritten or redistributed.