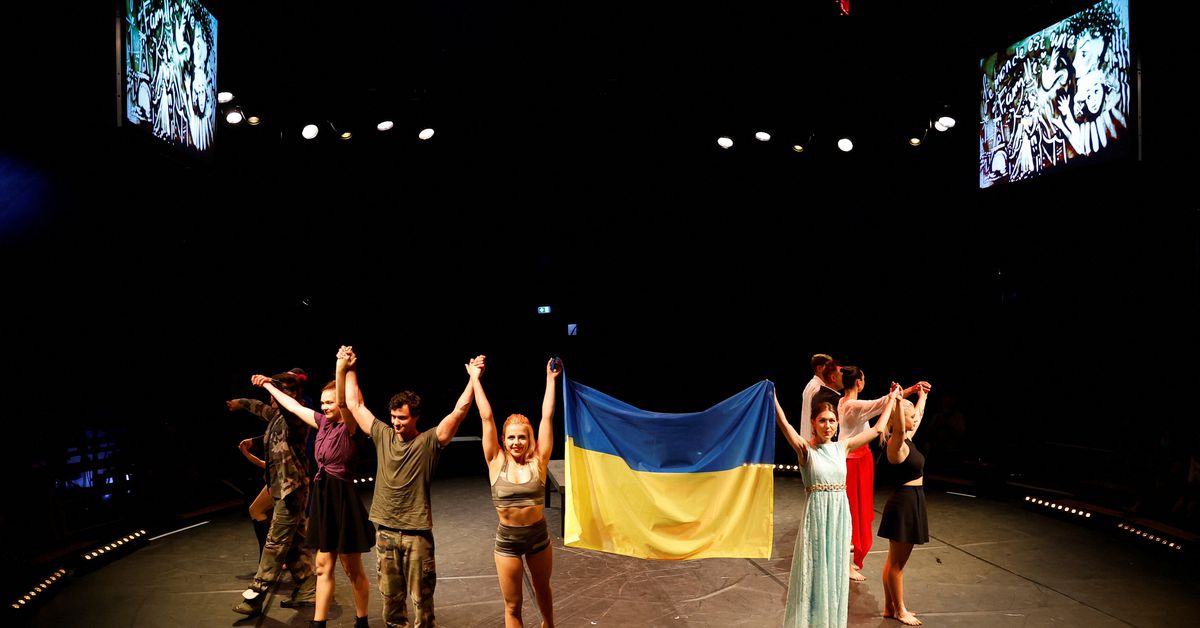 Withdrawn from warzone, a Ukrainian circus troupe feasts in France

Mazur, 31, fled his homeland weeks after Russia invaded, one of nearly a dozen acrobats, clowns, jugglers and contortionists who responded to the offer of sanctuary of a French theater director and the possibility of putting on a show to raise awareness of the war.

“I’m here and my family is in Germany,” Mazur said in an interview between rehearsals. “The war doesn’t end and we want more people to know that. I hope it ends soon.”

The newly formed troupe called themselves ‘zirka!’, which means star in Ukrainian. Some left loved ones behind in Ukraine, others arrived with their children and personal belongings.

The show is an exhibition of hope and freedom, say its organizers. In some acts, performers wear military-style camouflage fatigues and drape themselves in their national flag.

“The show is about telling what’s happening in Ukraine right now in a light-hearted way,” said director Gerard Fasoli. “Audiences can create their own version of the story based on what we give them.”

Vyacheslav Iroshnikov said he agonized over leaving his country in the face of Russian aggression. Eventually, he and his companion, a fellow circus performer, fled with his two children.